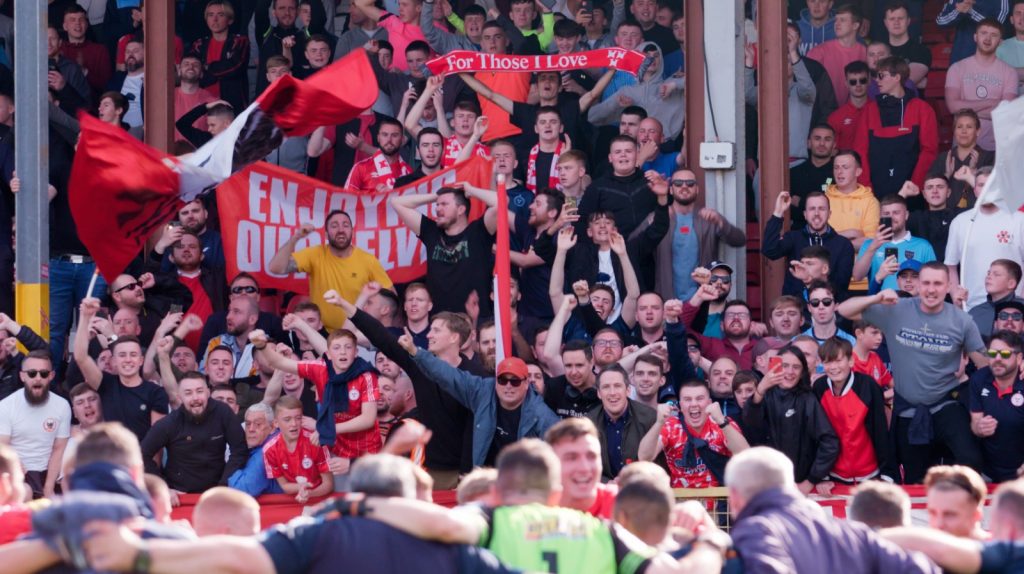 If you told me in May 2017, after a 4-1 defeat at home to Cabinteely, that the Reds would be back in the Premier Division in 2022, with Damien Duff at the helm, and preparing for an FAI Cup Semi-Final, I would have laughed in your face. Yet here we are.

It’s hard to put a finger on when Shelbourne FC got its soul back. Promotion in 2019 certainly helped, although our stay in the Premier Division only lasted 1 season. I remember joking at the start of the 2021 season that if we got promoted straight back to the Premier Division, it would be as if the 2020 relegation never happened. And it never did.

In November 2021, Damien Duff was named as the new manager. A media frenzy followed, and how could it not. 100 International Caps, 2 Premier Leagues, 2 League Cups, nearly 400 Premier League appearances, and 26 Champions League appearances. The former Chelsea man started to assemble a squad that certainly looked capable of survival, and that box has now been ticked. Some clubs look at the cup as a bonus, but that’s certainly not how the staff and players of Shelbourne have approached it.

Wins over Bray, Bonagee, and Bohemians have taken us this far, with that win over our Dublin rivals being a particular highlight. Duff was surprisingly calm after the Bohs victory, considering there had been a definite bite in the previous fixtures between the clubs.

Duffer had an amazing playing career, that can’t be debated. What also can’t be debated is the relationship that the Republic of Ireland Centurion has formed with Shelbourne supporters. He has described himself this season as “not likeable”, and that might be the very reason why the fans have taken to him so quickly. Shelbourne FC and Damien Duff are a match made in heaven (or hell). No one likes us, as a club, a fanbase, or a team, and that’s just fine with us.

Ollie Byrne paved the way for this club. He brought out every emotion in the League of Ireland faithful, and nobody from outside Tolka Park wanted to get on his wrong side. If you ask me, Damien Duff is doing something very similar.

Ollie Byrne made people angry, he made people fear him, and he certainly divided opinion. Damien Duff has caused quite a storm in his short time with the club. Players giving their jerseys to kids after a match in Dalymount Park was deemed to be an attention seeking exercise. Showing passion after a hard-earned point at home, in which his team went down to 10 men, was deemed to be the Duffer Show.

Deep down everyone wanted an Ollie Byrne. His passion and commitment to his club was never in question. I am convinced that the reason the “League of Ireland Family” have made such a fuss about Duff, is that they would all love to have him, his passion, and his commitment.

Demand for tickets for this game from the Shels fanbase has been off the charts, and that in itself may be an indication of how far the club has come since 2016. Getting 1,000 people to a First Division game was an achievement in itself during those dark years, now over 1,000 people are season ticket holders.

Attendances aside, Shelbourne FC is in a fantastic position off the pitch. The Reds Together initiative has seen the club become more visible in the local community. The club has also recently released a t-shirt, emblazoned with a message to “Mind Yourself, Mind Your Mates, Mind Your Family”. It feels as though people used to support the football team, but now it feels as though we are all supporting the football club.

2016 and 2017 were probably the toughest seasons I can remember. A proposed move to Dalymount Park brought about protests and boycotts from supporters, and matters on the pitch were not much better, to say the least.