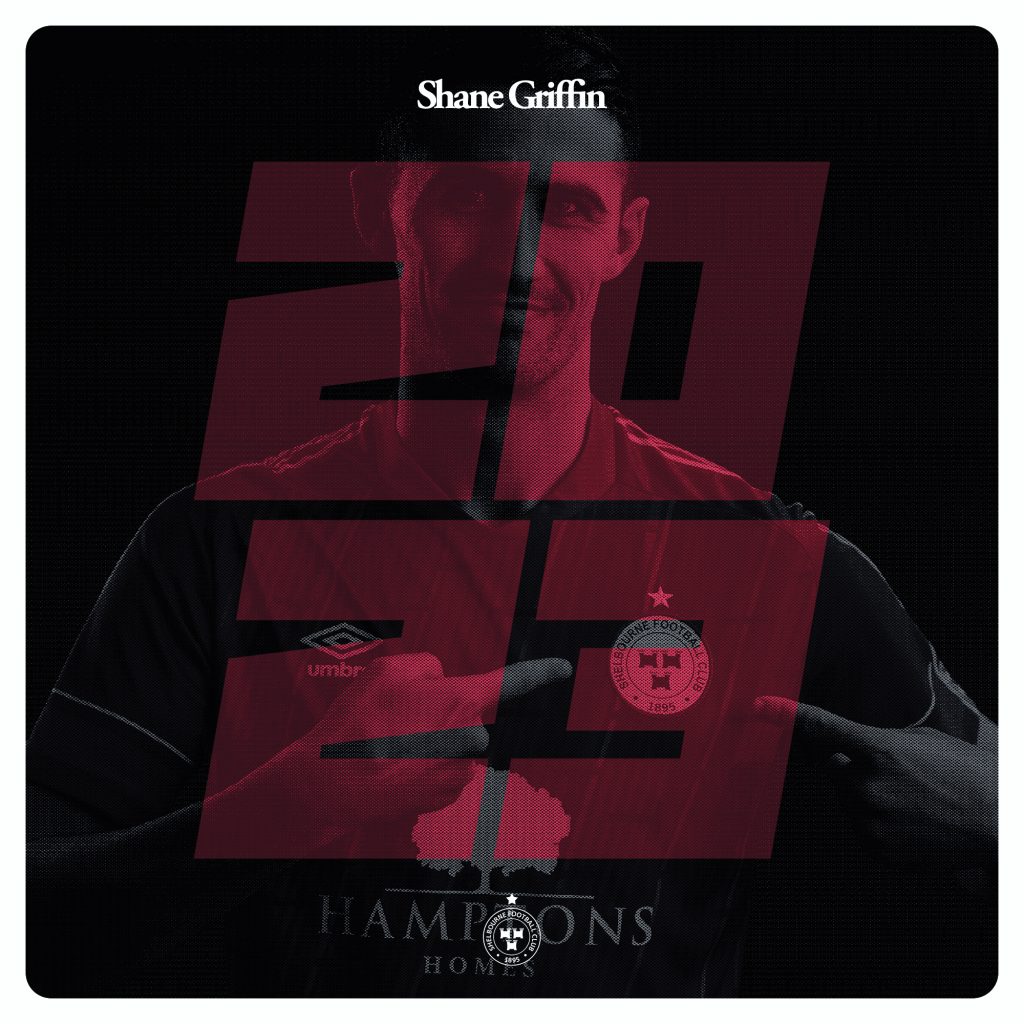 Shelbourne Football Club is delighted to announce that Shane Griffin has signed a new deal with the club.

The defender has put pen to paper on a contract that will see him remain at Tolka Park for the 2023 season.

The 28 year-old has been a critical figure at the heart of the Reds defence since joining the club from St Patrick’s Athletic at the end of last season. Griffin has made 26 appearances this season, including 24 starts.

A proven winner and an imposing defender, the Cork native is one of the most decorated players in the Reds squad at present, having won an SSE Airtricity League title and the FAI Cup on two occasions.

Before his spell with Pats, the Carrigaline man spent three trophy-laden years at Cork City, where he helped the Leesiders to win both league and FAI Cup honours in 2017.

Griffin has been capped for the Republic of Ireland up to U21 level, and began his career at the academy of Reading FC.

A left footed centre half, Griffin has been a consistent and reliable presence at the heart of the Reds defence this season.

Damien Duff, Shelbourne FC Head Coach said: “Shane was a great addition to the squad for the 22’ season and it is the exact same for the 2023 season. After a difficult start due to injury and suspension, Shane settled in brilliantly to the team and is an integral part of what we are doing. On top of his many footballing qualities, he is a winner and has the medals to back it up. That mentality and experience alone will help our young squad.”

Shane Griffin said:“I’m delighted to sign back, the manager and staff have created a great environment here and everything we do is built on hard work, it’s a very enjoyable challenge. We have a really good dressing room here and a group of lads who are very close, this is where I want to be and hopefully we can continue to progress on the pitch.”