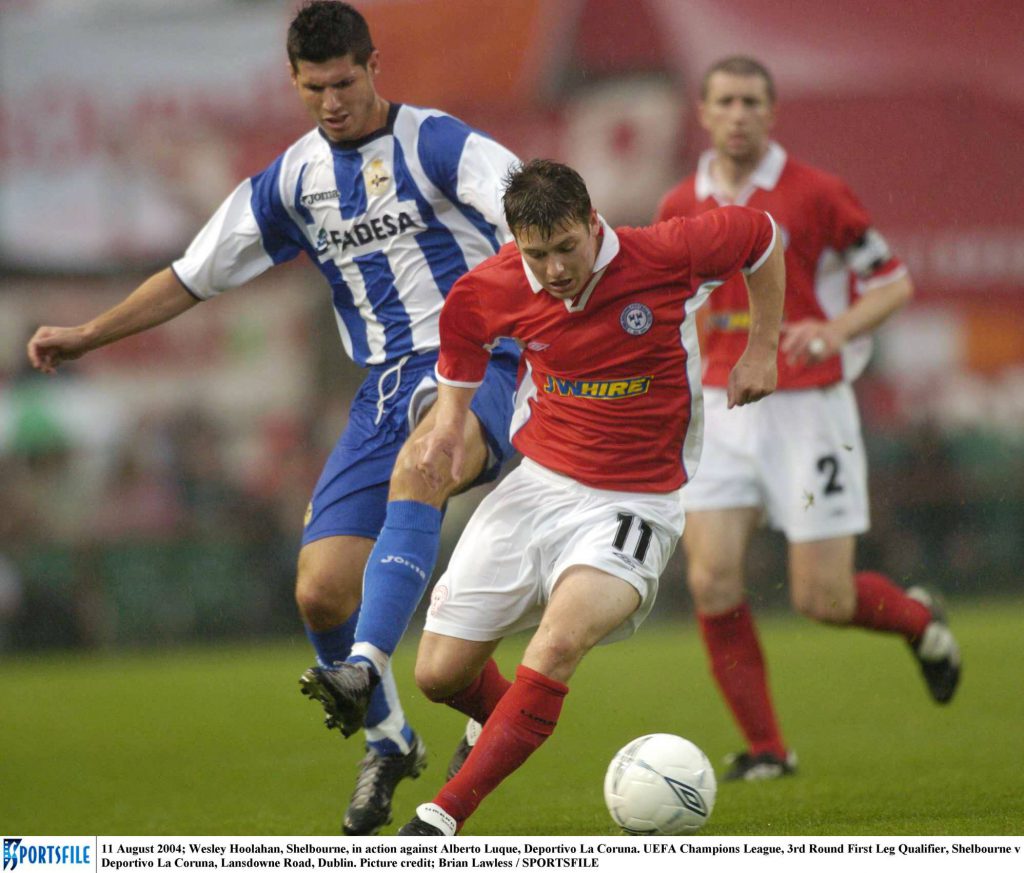 Shelbourne FC is a leading Irish professional football club with an illustrious past and exciting future. The club is a true Dublin institution, formed in 1895, 125 years ago next year. Shelbourne FC history is full of turns, with the club having won the national title 13 times and the national cup 11 times.

James Rowan was a general labourer who, together with a group of friends, founded the club in the Shelbourne House hostelry on Grand Canal Street, Dublin. The pub still stands today, re-named Slatterys, just around the corner from James Rowans cottage at 9 Bath Avenue Place.

The club’s first games were played at nearby Havelock Square, and the first season was a huge win. Shelbourne lost only one game and won the Leinster Junior Cup and League. Spurred on by this success, Shelbourne FC joined the senior ranks of Irish football in 1897.

1900 to establishment of the Irish Free State

The club reached the final of the Irish Cup in 1905, losing to Distillery. However, in 1906, Shels became the first southern Irish club to win the trophy, beating Belfast Celtic 2-0. The team was led by Val Harris, who played Gaelic football for Dublin and football for Shelbourne and Everton. Harris was known to be one of the finest football players of his generation.

Shelbourne won the National Cup again in 1911 and for a third time in 1920. This was before the Irish Free State created the League of Ireland, of which Shelbourne FC was a founding member.

Shelbourne FC’s first trophy of this period came in 1926 by beating local rivals the Shamrock Rovers in the League of Ireland finals.

It was not until 1939, just before the outbreak of World War Two, that Shelbourne won its next trophy. The FAI Cup was won in a 1-0 replay victory over Sligo Rovers at Dalymount Park.

From the outbreak of the Second World War until 1949, Shels home ground was located at Shelbourne Park Stadium. During this period, the club played at Dalymount Park Stadium and various other locations.

During this period, Shelbourne won the League Championship once and the FAI Cup twice. This qualified the team to play for Europe, where they met top clubs like Barcelona, Atletico Madrid, and Sporting Lisbon. Some Shelbourne players went on to win International Cups – including Tony Dunne, who won a European Cup medal with Manchester United, Freddie Strahan, Christy Doyle, Eric Barber, Jackie Hennessy and Tommy Carroll.

In 1964, Shelbourne FC reached the second round of the Fairs Cup (now the UEFA Cup). The team defeated Belenenses of Portugal in a play-off at Dalymount Park after two draws.

Decline in the Seventies and Eighties

Between 1971 and 1992 , Shelbourne won the Leinster Senior Cup and the Shield. However, this was also the club’s leanest period and its very existence was threatened on several occasions.

In 1988, Pat Byrne was appointed Player Manager and laid the foundations for what was to become a major revival for the club. During the following four years, experienced players like Mick Neville, Jody Byrne and Gary Howlett teamed up with Gary Haylock, Padraig Dully, Greg Costello and Brian Flood to form one of the most exciting League of Ireland teams in years.

Shelbourne FC won the League Championship in 1992 for the first time in thirty years. The squad played a brand of football that was comparable to that of the great Shelbourne team of the sixties. The following year, Shelbourne won the FAI National Cup, thus bridging the thirty-year gap since the club had last won this trophy.

At the end of the 2001/2002 season, after Shelbourne had won the league title for the second time in two years, manager Dermot Keely stepped down. He was succeeded by Pat Fenlon, an experienced player who had previously played with Chelsea and Shelbourne.

In his first season as manager, Fenlon took Shelbourne to a runners-up spot in the league, gaining a UEFA Cup qualification. Despite elimination in the first qualifying round of the UEFA Cup, Shelbourne went on to win their 11th league title and the club’s third title in four seasons. Fenlon made astute signings, including Jason Byrne from the Bray Wanderers, who became one of the most prolific goal scorers in the history of the league.

In 2004 Shelbourne became the first Irish club to reach the third qualifying round of the Champions League. They finished the season as champions, winning back to back titles for the first time in the club’s history.

A ‘Temporary’ Visit to Division One

Despite winning the League title for the thirteenth time in 2006, the season will not be remembered for the club’s on-field activities. Cash-flow problems and mounting debts nearly forced the club out of existence. This led to the departure of most of its players.

Under the management of the returning Dermot Keely, the club moved to the First Division and came close to entering the Premier League in 2008, 2009 and 2010. Promotion to the Premier Division was achieved in 2011, with the club also reaching the FAI Cup Final.

The 2012 season saw Shelbourne’s return to the Premier Division. The club reached the semi-finals, losing to Derry in a replay at Tolka Park. The 2014 season saw the club finish in second, losing to Galway United.

Player Owen Heary took up the reins in 2016. The 2018 season ended with Shelbourne in third place after losing to Drogheda United following a draw over two games. However, Heary brought the Leinster Senior Cup to the club for the second successive year.

Ian Morris and The Return to Glory

In early 2019, Ian Morris joined the club as manager. He ended a highly successful career as a player with Leeds United, Scunthorpe United and others. In his first year as a professional coach, Morris guided Shelbourne to promotion to the Premier Division. The team won the league by nine points.

Morris has assembled a young and highly talented squad of players who play an attractive and attacking style of football. This promises to bring back the club’s glory years, with a young and dynamic squad now competing for the Premier Division title in the 2020 season. This year the club celebrates it’s 125th anniversary.