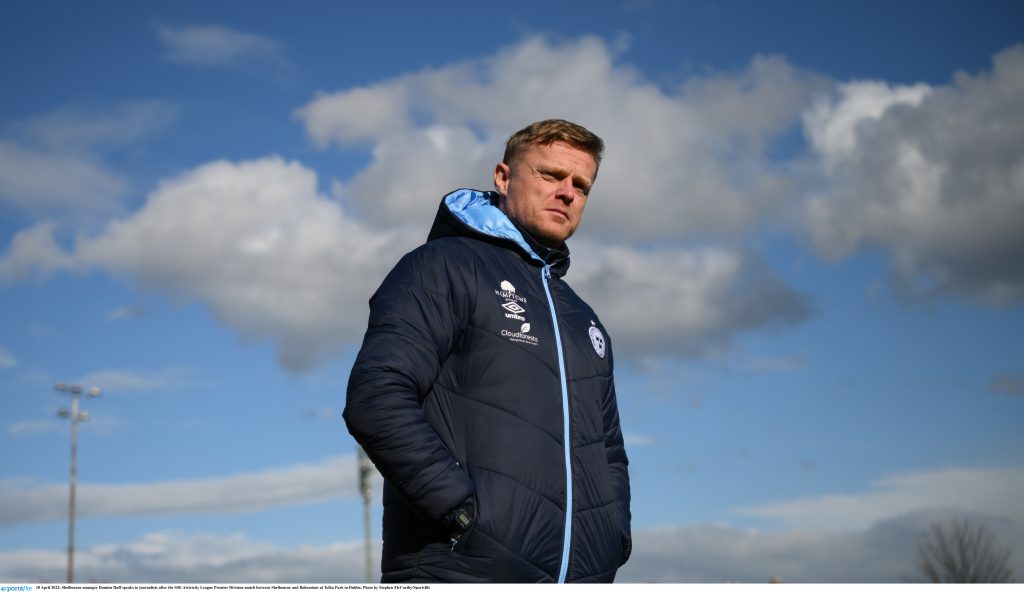 Shelbourne Head Coach Damien Duff is savouring what has the potential to be a special day for the Reds, as his side look to end an 11 year wait to return to the FAI Cup Final.

Duff is under no illusion and knows his side face a massive challenge as they go head to head with in-form Waterford at the RSC in the second of tomorrow’s semi-finals. The curtain raiser for the Reds live TV clash on RTÉ 2 sees Derry City face Treaty United.

In team news, Shane Farrell is hoping to recover from a groin injury that forced him off last week as the Reds suffered an agonising 3-2 loss to Shamrock Rovers.  With the Hoops netting the winner in injury time.

Jack Moylan returned to training this week, but the attacking midfielder hasn’t featured since the FAI Cup quarter-final over Bohemians, a game in which he scored the opening goal in a 3-0 demolition of our near neighbours.

Brian McManus is a step closer to full fitness after a week of training. A hamstring issue has curtailed the midfielder in recent weeks. Duff will be buoyed by the return to fitness of Mark Coyle, with the midfielder producing a man of the match display in Tallaght.

Waterford have been in fine form of late, they knocked out the holders St Pats and Dundalk on the road to the last four. Duff feels the Munster outfit are a first division side with premier division quality: “They’re a very dangerous team and have the X Factor up front. If they started better you’d say they might have romped the league, not Cork.”

“There’s an amazingly tough task ahead of us. It’s the second hardest game we could have got, Derry away and then Waterford at home, they’re a very good and dangerous team.

“You’ll have to play near on the game we played against Bohs in the quarter-finals, which was the perfect game.

“Anyone who watches League of Ireland football will know how tough a tie this is going to be.”

The Reds last appearance in the FAI Cup final was 2011, where they lost to Sligo Rovers on penalties, after a herculean display with 10 men. The Reds haven’t lifted the FAI Cup since 2000, when they defeated Bohemians after a replay, with Pat Fenlon scoring the winner. For Duff, reaching a final would mean a lot:

“I went last year with Quinner. I was emotional watching that. I’d a tear when the national anthem was played. I think I was about to take over. I was picturing myself in it and thinking, ‘Why not?’ To be in a semi-final is surreal. No one remembers the semi-finals. It’s all about getting to the final.”

“The club has gone through difficult times,” Duff added. “A lot has happened in the last 10-15 years. It doesn’t add any pressure to me. It’s a great place to be in, a semi-final of the Cup. The only pressure is that we’re a Premier Division team. Outside of that, go and enjoy it.”

450 tickets have been made available to Shels supporters, Duff though is confident more will make the trip to the RSC: “We’ll have a few more than 450 Shels fans, that’s a fact, at the end of the day, shout as loud as you want, we might not be able to hear, so it’s up to the guys on the pitch.

“The fans have been amazing all year, but its down to the players on the pitch, I trust them, they’re in a really good place and hopefully they can bring us through to maybe a showpiece game at the Aviva Stadium, where we can have a lot more than 450 of our fans there.”