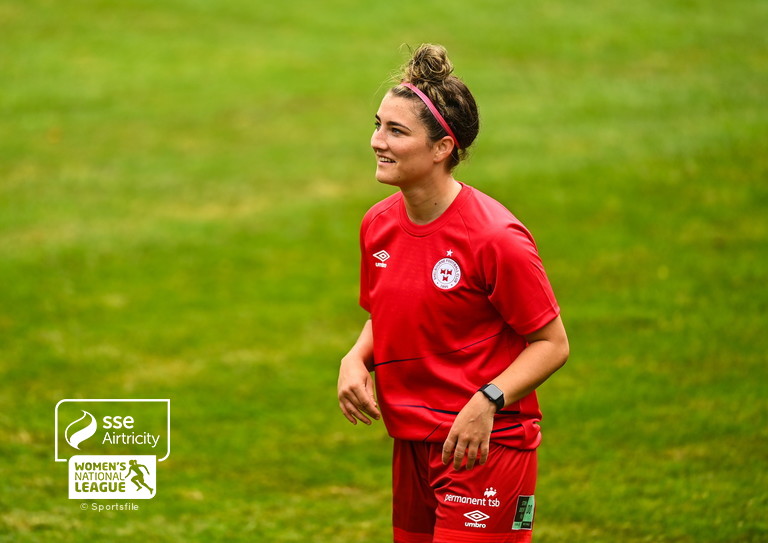 The Republic of Ireland international will join Noel King’s Women’s National League squad immediately for the remainder of the 2021 season.

A versatile defender, Keenan was in Tolka Park to see Shels’ win over Peamount United on Saturday and says she can’t wait to get going and is hungry to help the team’s bid for success in the remainder of the season.

The Dubliner has been involved in Vera Pauw’s international squads recently, and started Ireland’s 3-2 win over Ukraine in Dublin.

Keenan won her first Under-17 cap against Denmark in 2012 and scored her first U-17 international goal against Bosnia & Herzegovina.

Keeva was part of the WU19 squad who reached the semi-finals of the 2014 UEFA European Championships, where she scored against England in the group stages.

Shelbourne Manager for our Women’s National League team Noel King said: “It;s great to have Keeva come back to Shelbourne where she is comfortable with everyone.

“Her ability to play in different positions and her International experience will strengthen the Club’s challenge for success as we approach the halfway stage,” he said.