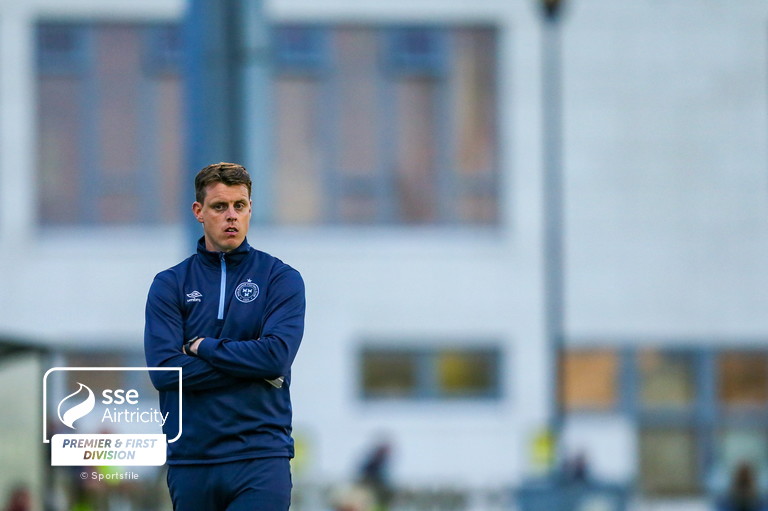 Shels boss Ian Morris says the return of fans has brought “a different dimension” to Reds games midway through a crucial stage of the season.

Shelbourne welcome Cabinteely FC to Tolka Park tomorrow night as the league leaders look for their eight win in a row.

The Reds won a tight encounter with Cork City last Friday night and Morris just has to point to tomorrow’s opponents recent win away to Cork to show the difficulty his side will face tomorrow.

“They have a lot of options. They’ve a lot of youth who are trying to prove themselves and they have the ability that brings a real threat.

“It was only a week or two ago they went to Turner’s Cross and won 2-0 so we know what we’re facing tomorrow. They play without fear,” he said.

With the transfer window now open in the SSE Airtricity League, Morris said he is “keeping a keen eye” on movements across the league as rivals look to close the gap to Shels at the top.

“You have to be proactive when it comes to that. You keep your ear to the ground and you can see some new signings already made today across the league,” he said.

Shels attacker Yoyo Mahdy has returned to training this week and Morris will run tests over the next day to see if he is eligible for tomorrow.

However, Morris said both he and the players were blown away by even the limited number of fans last Friday.

“It added that bit more intensity and the fans were absolutely brilliant,” he said.

There will be 100 fans at Tolka Park once more on Friday night to watch the Reds.

Shels have no suspensions ahead of Friday’s match.