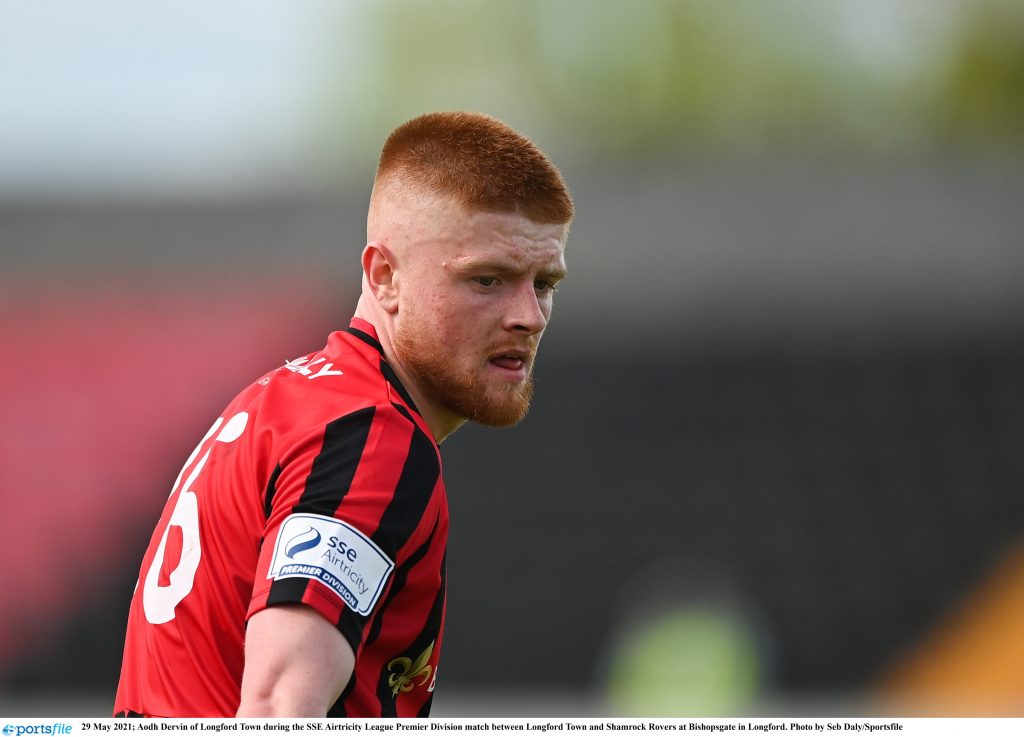 Shelbourne FC has today announced the signing of midfielder Aodh Dervin from Longford Town ahead of the 2022 season.

The 22-year-old hails from the midlands and has played at Bishopsgate since 2015. ​​Aodh played with Longford Town’s U17 squad for the 2015 and 2016 seasons before becoming a mainstay since joining their senior team helping them to promotion in the 2020 campaign.

At just 21, Aodh had won the Player of the Season for the midlanders in their promotion season before playing a full campaign in the Premier Division last season.

Shelbourne FC Men’s First Team Head Coach Damien Duff said: “We are delighted to welcome Aodh to Tolka Park. He has played a lot of games for one so young, so he is a brilliant addition to our midfield options. He is tenacious, technical and has an infectious appetite for the game. He will fit perfectly into the dressing room”

Speaking on his announcement, Aodh Dervin told shelbournefc.ie: “Look when Damien Duff rings you, it’s a great feeling. It had been In the works for a while and it was the right time on all sides. I’m hungry to be involved in what is going to be a ruthless environment. I’m obsessed with hard work and will be fully focused on it now. It’s a great Christmas present to get it over the line. I’m all Shels now.”