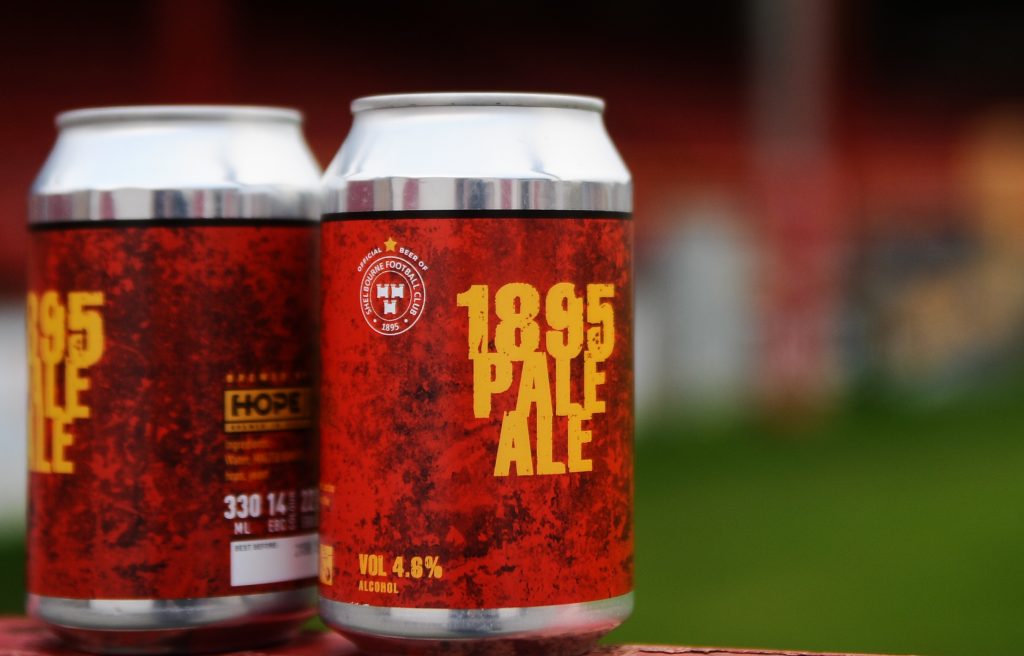 Shelbourne FC is delighted to present the 1895 Pale Ale, the new Official Beer of Shelbourne FC in collaboration with Dublin brewery Hope Beer.

With the brewery located in Dublin’s Northside near Kilbarrack and Raheny, Hope Beer is one of the capital’s newest institutions.

The new 1895 Pale Ale sees one of Dublin’s oldest clubs meet one of its newest breweries to create an easy-drinking, malty pale ale with a subtly hop-kick.

Hope Beer started out in 2015 when the brewery was founded by four friends with a passion for beer and business. What began as a series of late-night kitchen table discussions is now a state-of-the-art brewery, producing an extensive range of award-winning premium craft beers.

Hope produces a core range of five distinct beer styles which are available all year round as well as two seasonals and a wide range of limited-edition beers.

All Hope beers are brewed, bottled, canned and kegged at Howth Junction on Dublin’s Northside and are crafted to be the perfect accompaniment to food.

The 1895 Pale Ale will be available prior to Christmas from Tolka Park from 6pm to 8pm on Wednesday, 22 December and from 5pm to 8pm on Thursday, 23 December.

It will also then be available from local off-licences and from the Tolka Bar during the 2022 Season where Shels will feature in the SSE Airtricity League Premier Division and FAI Women’s National League.