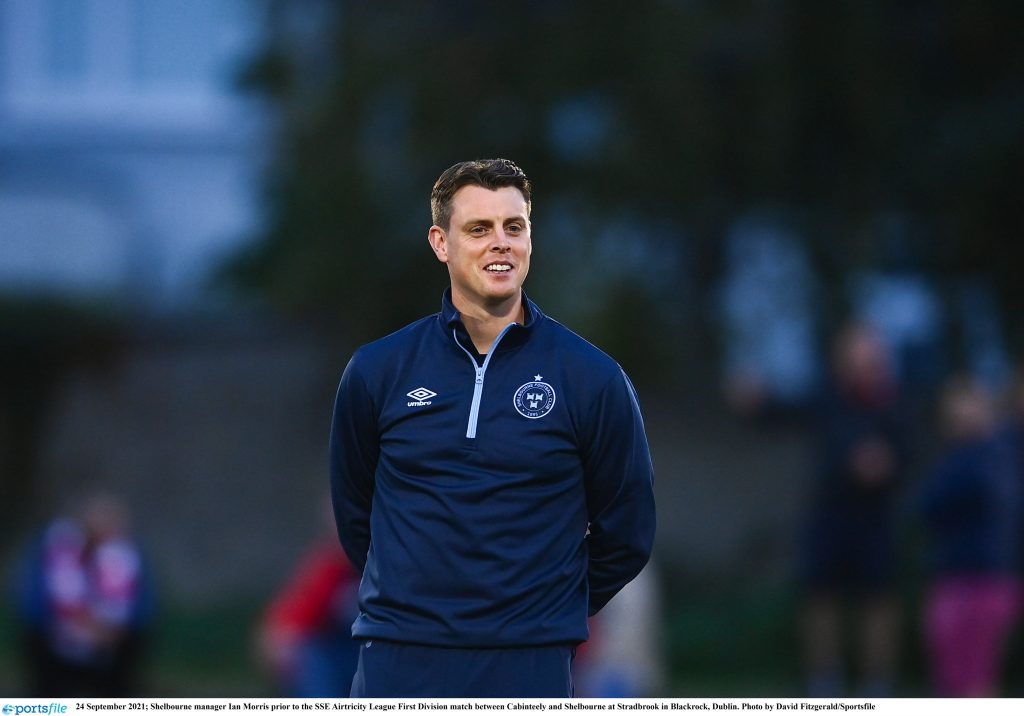 The Reds know a win will secure their return to the Premier Division and the SSE Airtricity League First Division title but are fully aware at the task at hand.

“The lads know how big a game it is and that we have had two seriously tough battles against Treaty already. We’re in for a really difficult game but we’ve been keeping clean sheets and scoring at the top end of the pitch which is firing so we’re in a good place,” Morris told shelbournefc.ie.

“There’s such competition for places up top too. Stan, Dayle and Yoyo came in last week then we have Eric Molloy, Alex Nolan, Alex Cetiner bringing that competition.

Morris said he was pleased with the resilience shown in Stradbrook last Friday where his side came out 2-0 winners and that his players “stood up to be counted once more.”

“We’ll need to be tough at times tomorrow, we’ll need calmness and have the ability to finish at the top end. It’s set there for someone to be a hero,” he added.

“Our preparation has stayed the same. Everyone knows their roles for a difficult game,” he said.

The Shels Manager was quick to praise the club’s fans for their support over the year and said they will be crucial tomorrow.

“I’m sure every single Shels fan wants to be there tomorrow and we’ll need their noise – even before kick off,” he said.

In team news, Morris said Denzil Fernandes, Gerardo Bruna and JJ Lunney are all back running with the aim of seeing action before the season is out.

The trio will remain out tomorrow though there are no suspensions and everyone else is fit.

The game is sold out and will be live on LOITV with commentary from Steven Doody and Darren Cleary.