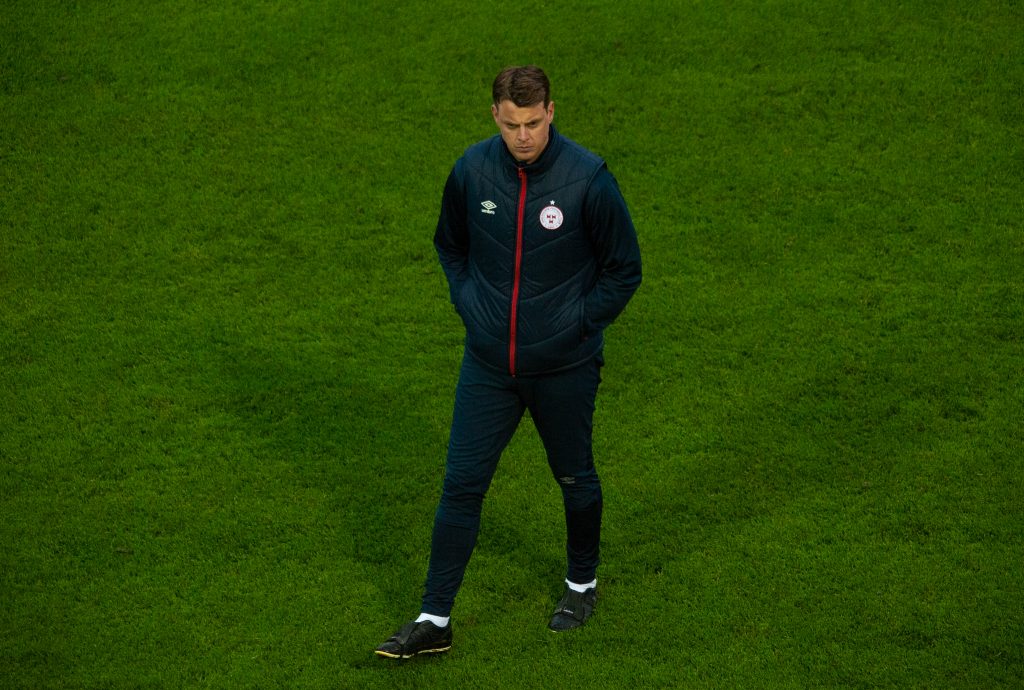 Shelbourne boss Ian Morris said it was “frustrating” not having a game last week, but said him and his side are raring to go again Friday night ahead of a big game in Stradrbrook.

The Reds travel to Cabinteely looking for another step on their 2021 season after a great win in Cork last time out.

“We’ve kept the players fresh – preparation has been good, we’ve worked hard expecting different scenarios in the game but we need to make sure we’re at the levels we’ve been hitting in recent weeks,” Morris told shelbournefc.ie.

The Shels Manager said he was impressed by his side’s win over Cork, especially considering the large home crowd in attendance.

“It was the best atmosphere away from home we’ve seen this season and the boys dealt with it really well. By the end, our fans were louder than the Cork fans and it was a great night,” he said.

“We’ve had a fantastic away following all season and we need to be fully focused tomorrow to give them something to excite,” he added.

Morris said his side are under no illusions as to task at hand and is expecting a Cabinteely side to raise their game.

“We need to work. They have a big squad and can make a number of changes. Pat Devlin will have them fired up. There’s no doubt they’ll put up a tough test,” he said.

“This is a huge game for us. It’s there for everyone to see,” Morris said.

Shelbourne will be without JJ Lunney, Gerardo Bruna, Alex Cetiner and Alex Nolan though have a fully fit squad elsewhere with no suspensions.

Morris said his team selections are “getting harder every week” and knows competition for places is tremendous.