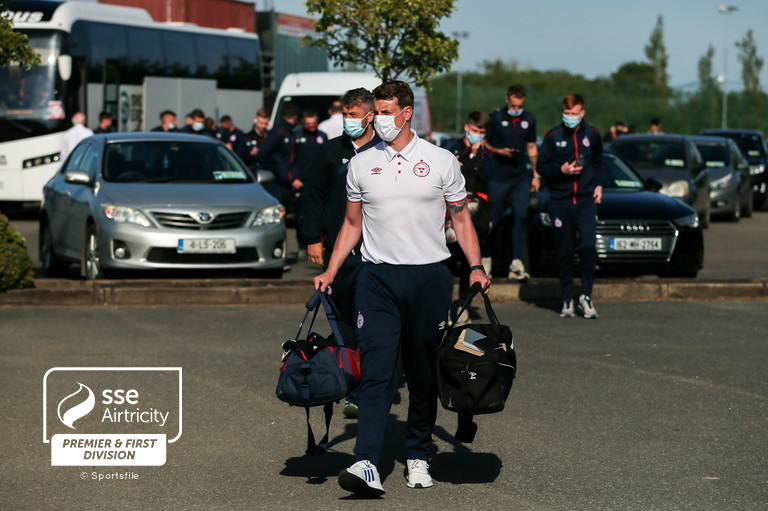 Shels boss Ian Morris said his side are prepared for a “big battle” in Limerick tomorrow night as the Reds travel to Markets Field for the first time to face high flying Treaty United.

Shels play joint second place Treaty in a top of the table clash as they look to extend their impressive string of winning games.

The last game Shels failed to win was Treaty United at Tolka Park in a thrilling 2-2 draw and Morris said his side will have to lift their levels to get the win in Limerick.

“We’ve had a really good week. We have bodies coming back now aside from Sean Quinn who has gone on (to the US).

“Treaty are flying winning five of their last six games and they’re scoring goals with bags of experience,” he said.

Morris said his side will be looking to improve on their 1-0 performance over Cabinteely last week and will be hopeful of Yoyo Mahdy returning to the squad with a fitness test due later.

Denzil Fernandes has also returned to running with training in a welcome boost after a difficult facial injury ruled him out recently.

Gerardo Bruna continues to miss out while Shels have no suspensions.

Morris also praised the fans over the weekend as his players finally begin to play in front of the Reds faithful.

However, with a home Limerick crowd expected, Morris said his side need to “feed off their support in a different way” as they face into what he refers to as a “huge game.”

“It has that big game feel to it, and we’re really looking forward to it,” he added.