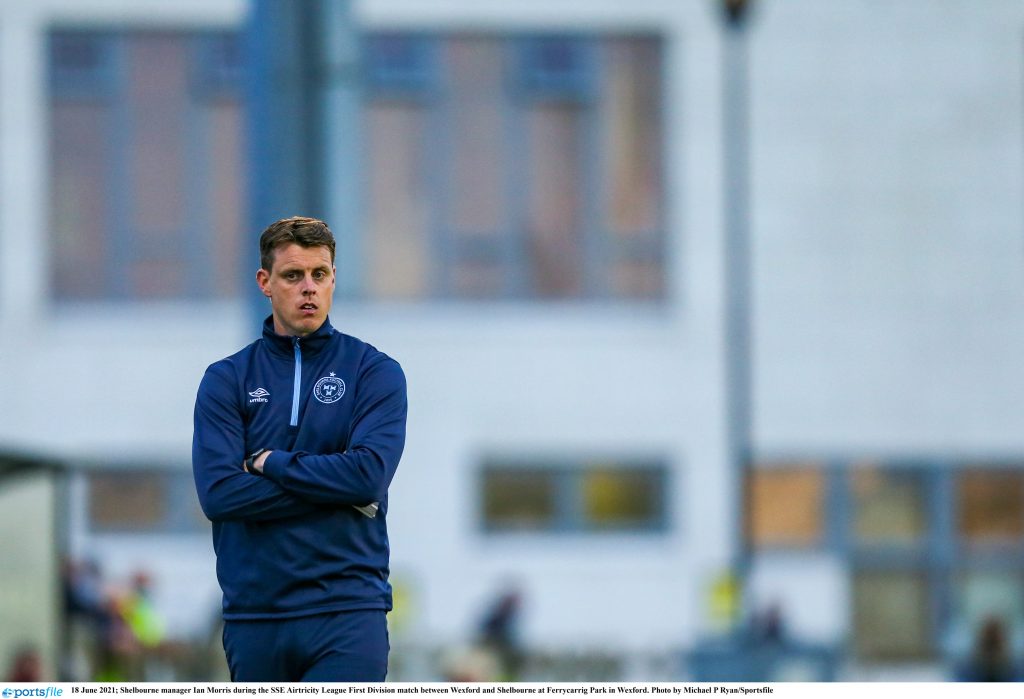 Shelbourne boss Ian Morris said it was “crucial” to hold a behind closed doors friendly midweek where he was able to give returning players valuable minutes ahead of the second half of the season.

Shels will remain without Yoyo Mahdy this week, who is targeting a return for next week’s cup game against UCD.

Denzil Fernandes, however, is available for selection and played in Monday’s friendly game at the AUL.

“It was important to get some players match sharp and back in the frame. You never know what’s going to happen, so players need to be ready,” he added.

Morris has hammered home to his team the importance of maintaining the “hunger and desire” going into what he sees as a critical weekend of games in the SSE Airtricity League First Division.

“It’s a weekend where teams can make a jump up or down in one round games. There’s no room for anyone to get carried away at this stage of the season,” he added.

Morris said he was encouraged last week by the Shels performance which he said was “excellent” despite the late disappointment with the Treaty equaliser.

“We just need to keep that focus. We’re scoring goals and creating chances which put us in a position to turn teams over which we need to keep taking,” he said.

“Athlone will be a difficult team to play against. They train and play on that astro so will be well used to it, but we’ll be prepared,” he added.

Morris said he has underage players such as Alex Nolan “who have been knocking on the door the past few weeks and giving him options.”

However, the Shels manager said he is “always looking to add another dimension to help and improve the squad” and failed to rule out any additions to the squad in the coming week or so.

Gerardo Bruna continues to miss out while Shels have no suspensions going into tomorrow’s game.