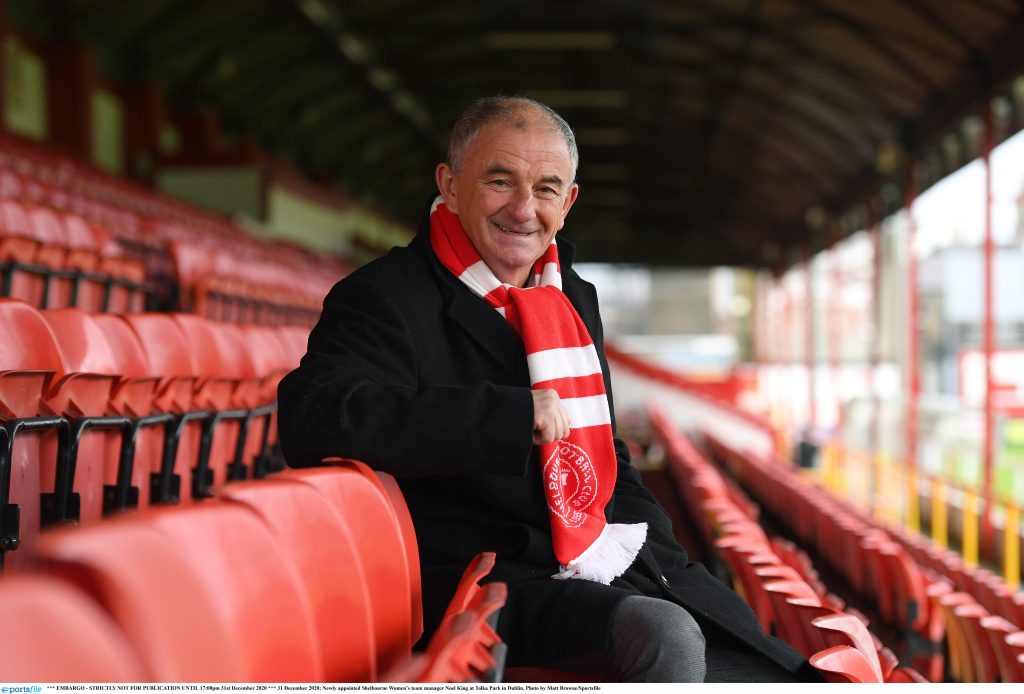 In an appointment further showing Shelbourne’s serious commitment to developing our women’s set up to be the best in the country, Noel brings a wealth of experience having managed the women’s international team for nine years and was caretaker manager of the men’s senior team too.

In 2010 under his guidance, the women’s under-17 team finished runners up at the 2010 UEFA Championship and qualified for the 2010 World Cup.

His appointment follows further progress made at the club including the amalgamation of our boys and girls academy structures as part of our full integration of men’s and women’s operations.

We fully believe in providing the best possible facilities and coaching for players on our male and female teams and Noel’s appointment is further evidence of this.

With four international senior team players in the Republic of Ireland squad last time out against Germany, this appointment also helps further create an environment for our elite players to develop to the highest level of the game.

Speaking to The 1895 Podcast, Noel King said he was delighted to be in Tolka Park for 2021.

“You’ve some good young players there, and an existing core of players whom I know from the U17 Championships and reaching the World Cup Quarter Final.

“It’s a good solid strong team but obviously the aim is to pull back Peamount and that’s going to be a difficult task. I’m really looking forward to it.

“There’s a lot of structures in place but sometimes the hardest step is to turn runners up into first place and that’s the challenge, to make that step.

“The club is steeped in the tradition of football so when you start thinking of men’s football, you think of Shelbourne and that’s the way it should be.

“Now when you think of women’s football in Ireland you can think of Shelbourne too,” he said.

Dave O’Connor, Shelbourne FC CEO said: “I am incredibly excited to be able to welcome Noel to our club today.

“Noel is one of the most well respected and highly regarded football minds in Ireland and we are absolutely over the moon to be able to announce him as the manager of our Women’s National League team.

“Noel’s vast knowledge and experience of the game, at the very highest level, will provide us with a platform to continue to push our Women’s National League team to the top of the game.

“This announcement is a statement of intent from the club in relation to how seriously we actually support our female teams at the club.

“Often, the support for women’s and girls’ football can amount to little more than PR exercises but Shels have taken initiatives that show that the club is serious, including a complete reorganisation of the club to fully integrate the female operations.

“We are really looking forward to working with Noel in continuing to move forward in this direction.