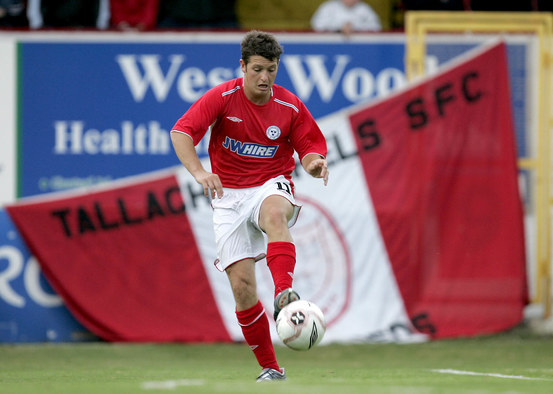 Wes hoolahan began his professional career in 2001 with Shelbourne against Longford town in the Premier Division of Irish football.

Hoolahan, better known as Weso, was Shels’ standout player in his four years at Tolka Park with most notably being involved in one the great Irish footballing stories as Shels pushed for UEFA Champions League football and were only denied that after they pushed Depertivo La Coruna who had reached the semi final of the competition the season before to the wire.

Hoolahan made a move not to progress his career but to help the club out, he revealed that the Reds boss came to him and said the club was in need of money and needed to sell him.

He understood and took a move to Livingstone in Scotland before he was loaned out to Blackpool for the season, He stayed with Livingstone for two years before moving to Norwich City which he spent 10 years at the club helping them reach the Premier League.

Hoolahan began to make his name in the international side of the game too with his first goal coming against Poland in the Aviva Stadium.

He was a player the Irish team needed so much he provided creativity and flair for the side – something we haven’t seen since his international retirement.

Like his memorable moments with Norwich, Wes has a good few stories to tell about the Irish side from beating World Champions Germany in the Aviva 1-0 to scoring Ireland’s first goal at Euro 2016 before ultimately setting up one of the most historic goals in Irish history as he swung in a magnificent ball for Robbie Brady to put past the on rushing Italian keeper.

Wes helped Norwich to many a high in his time with the club but left the canneries in 2018 for West Bromwich Albion. Unlike Norwich, Wes found it hard to grab a spot in the starting 11.

He mainly came off the bench and started in meaningless cup games for the Baggies.

His stay with West Brom wasn’t long lived and soon he moved down under to join the Newcastle Jets in Australia.

He made a mark on the club with a string of very good performances chipping in with goals and assists before suffering an ankle injury which ended his time down under which seen him return to England and join Cambridge United after strong rumors of him returning home to Shels but the fairytale return has yet to happen.

Hoolahan – now a main stay in the League Two side has been putting in amazing performances and looks to be helping Cambridge in their push for promotion or promotion playoffs.