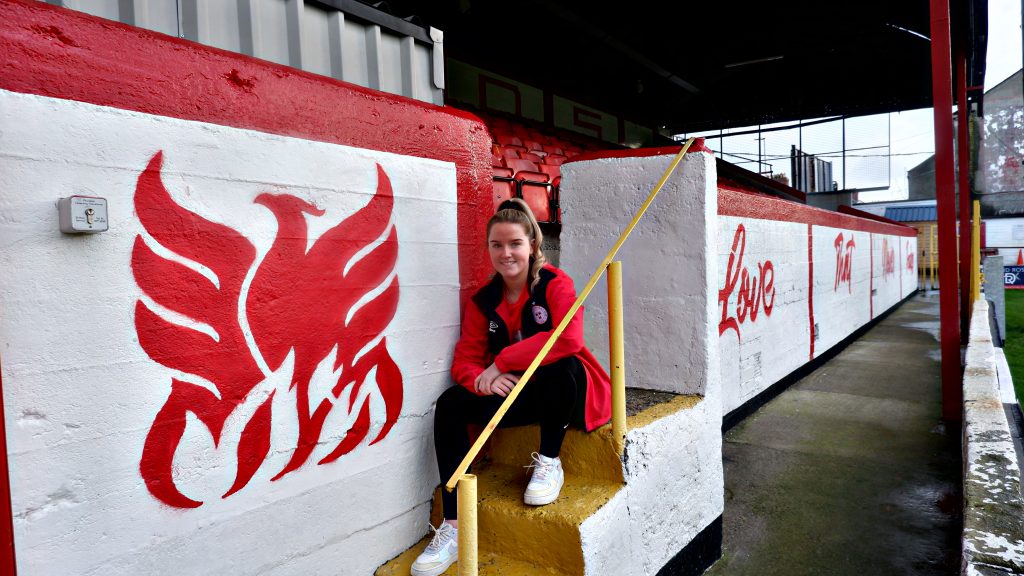 Shelbourne FC is delighted to confirm the signing of Jessie Stapleton for our Women’s National League side in 2021.

Stapleton arrives at Tolka Park having already captained the Republic of Ireland at U15, U16 and U17 levels.

The defender also won U15 International Player of the Year in her short but already experienced career.

Most recently, Stapleton captained Shamrock Rovers to the U17 WNL Cup Final against Cork City WFC.

The Dubliner has played for Cherry Orchard and Peamount United in her early career ahead of this season’s move to Tolka Park.

During her eight years at Cherry Orchard, Stapleton was the first ever girl to play in the Dublin District Schoolboy’s League.

New Shels boss Noel King said he was delighted to bring Jessica into the Reds set up for this season.

“’Jessica is a girl with exceptional potential and has already been recognised by Ireland at different International age groups.

“I have watched her playing many times and while she is still very young, playing and training with some top players in a good environment at Shelbourne will help develop her talent and take another step in her journey to fulfilling her ambitions.

Stapleton said she was delighted to have made the switch to Tolka Park and is “looking to win titles.”

“I’m buzzing to join. The move is something I’ve always wanted to do since I was younger so am very excited to get going,” she said.

“Noel has loads of coaching experience and this team has such a track record of getting girls onto the Republic of Ireland senior team so I would love to follow in their footsteps,” she added.