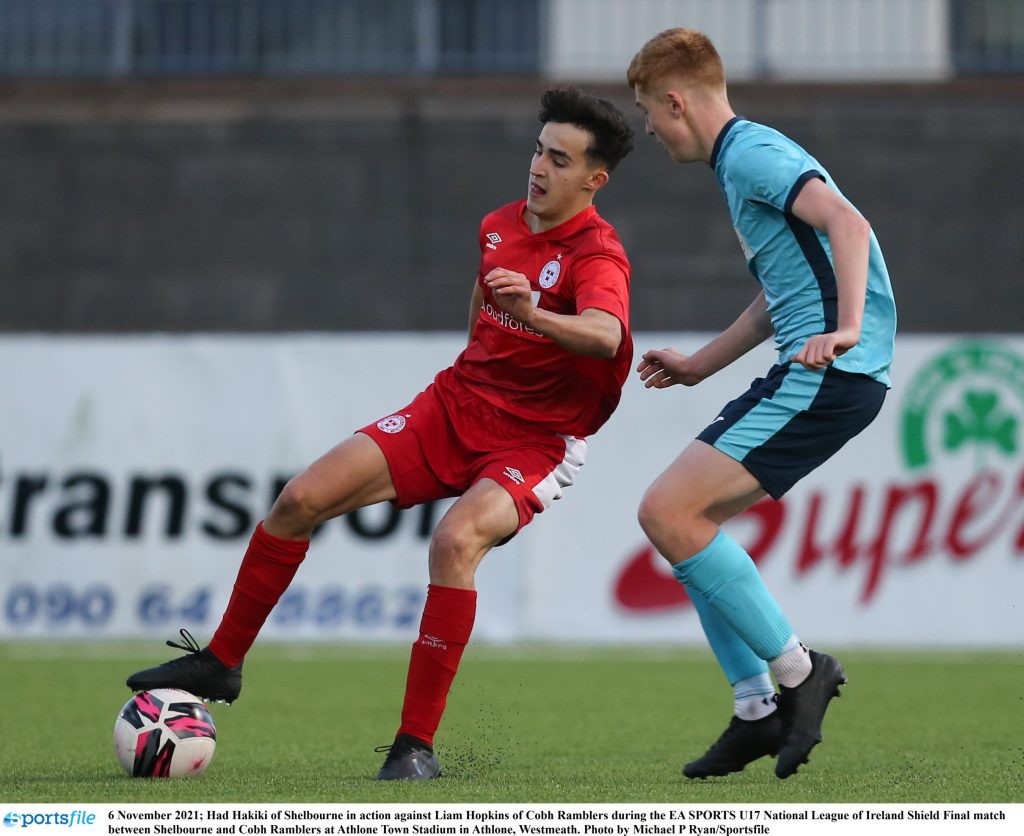 The attacking midfielder has impressed with the U17M team winning the Shield in 2021 and has also made appearances for Republic of Ireland U18M recently, scoring with two further assists in a 7-1 win over Malta.

At just 17, Jad has played with our U17M and U19M teams at League of Ireland level and has worked with Men’s First Team Head Coach Damien Duff and First Team Captain Luke Byrne within the Shelbourne FC Academy.

Jad also won U17M League of Ireland Player of the Year in 2021 for Shelbourne.

Prior to joining the Shelbourne FC Academy in 2020, Jad had played for Belvedere FC and Bray Wanderers.

Damien Duff, Shelbourne FC Men’s First Team Head Coach said: “The future of Shelbourne Football Club has to be built on a strong academy. Jad was without doubt the best player in the U17M LOI last year. He is top class on and off the pitch and thoroughly deserves his first professional contract.”