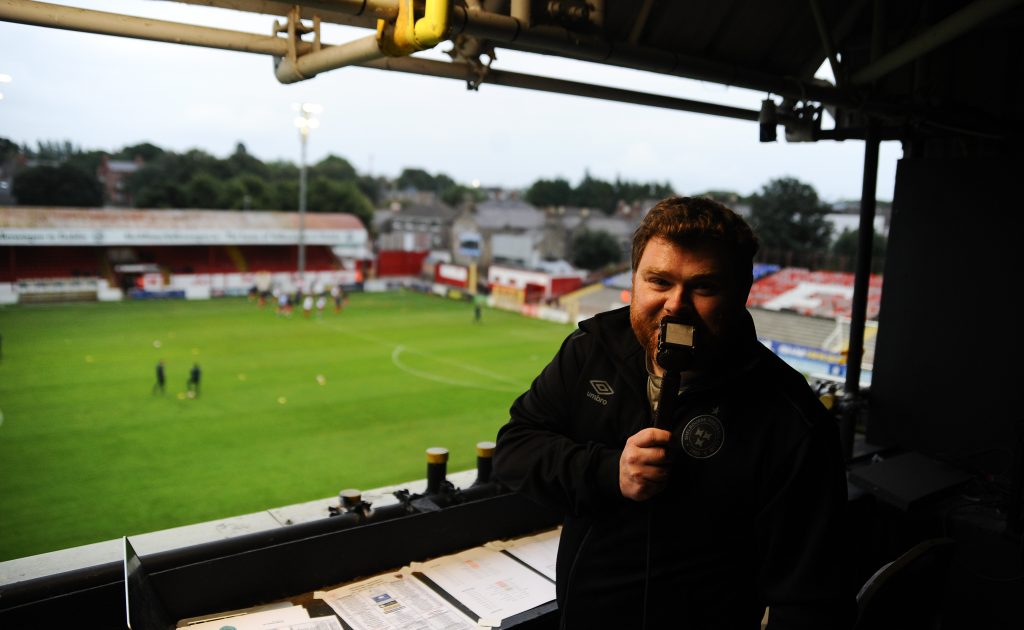 Darren is a lifelong Shelbourne fan and an award-winning journalist and broadcaster, the Dubliner would be well known to Reds supporters for his media work with the club. Cleary hosts The 1895 Podcast and Post Match show, as well as serving as club commentator for LOITV broadcasts alongside Steven Doody.

As part of his role, Darren will be responsible for acting as a key conduit between the Club and its supporters and will focus on the following key tasks during his tenure:

Darren has extensive experience in sports, events, communications and content.  Prior to joining Bauer Media. He served as Global Director of Sport at Web Summit, the largest business, technology, and sports conference in the world. Cleary led the sports programming at events in Europe, Asia, and America. The Dublin 1 native also chaired the selection committee for the prestigious Web Summit Innovation In Sport Award, the international mark of excellence in the sports business community.

An award-winning journalist and broadcaster, prior to joining Web Summit, Cleary has also worked with Off The Ball, Ireland’s leading independent sports broadcaster. During his time there he was named Sports Broadcaster of the Year at the IMRO National Irish Radio Awards in 2018. Prior to joining Off The Ball, Cleary worked as a broadcast journalist with eir Sport, RTÉ, 98FM, Today FM, Newstalk, and FM104.

The Club would like to thank outgoing SLO Lee Daly for his support in the role previously.

Shelbourne FC Supporter Liaison Officer Darren Cleary said: “I’m delighted to be appointed Supporter Liaison Officer by Shelbourne FC. As a Shelbourne supporter, above all else, I understand how critical it is to enhance and strengthen the connection between the club and our fanbase. Shels fans are the heart and soul of this football club, it’s vital that honest, constructive and consistent lines of communication between supporters and the club exist. I would like to sincerely thank the board of Shelbourne FC for the opportunity.”