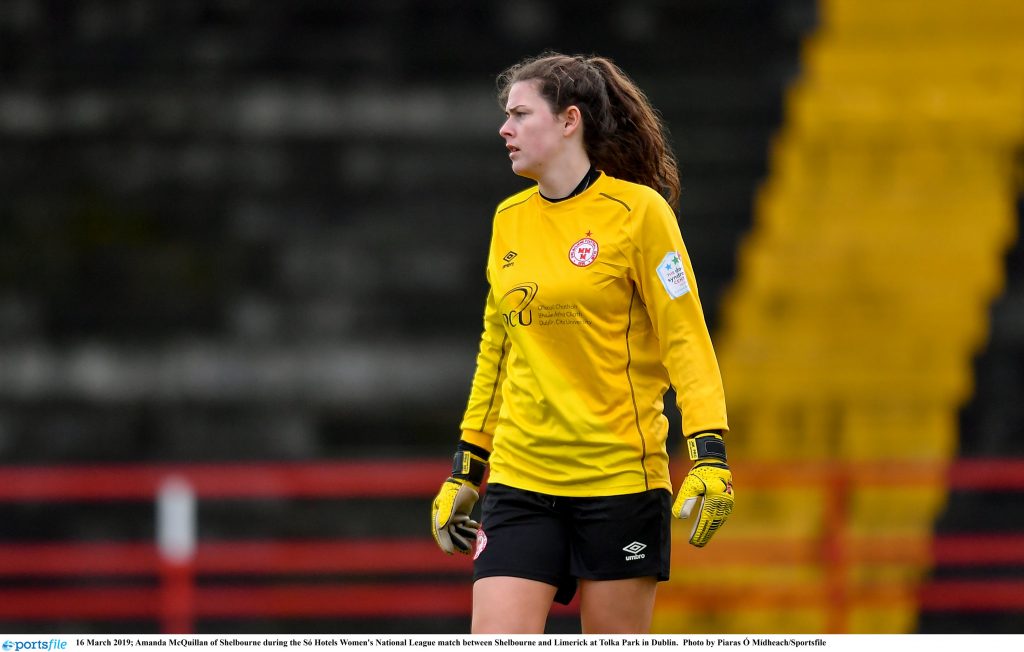 Shelbourne FC is delighted to announce the signing of goalkeeper Amanda McQuillan who returns to Shelbourne after three years in the US.

Amanda returns to Tolka Park with an FAI Women’s National League and FAI Women’s Cup already on her CV.

The 23-year-old is well known in Reds circles and has spent the past three seasons in the US on scholarship with Central Connecticut State University.

The Dubliner has featured at Irish Underage level on many occasions and has been part of senior Republic of Ireland camps.

Amanda played previously with Raheny United before playing with Shelbourne before her move stateside and brings UEFA Women’s Champions League experience with her too.

After signing for Shels, Amanda McQuillan said: “The plans that the Club have now are really exciting and we’re really focused on the year ahead. I watched every Shels game I could when in the US and it’s great to be back. The standard in the league is constantly getting better and it should be a brilliant league this year. But I want to get into the squad, have a good Champions League run and look to be successful in the league again.”