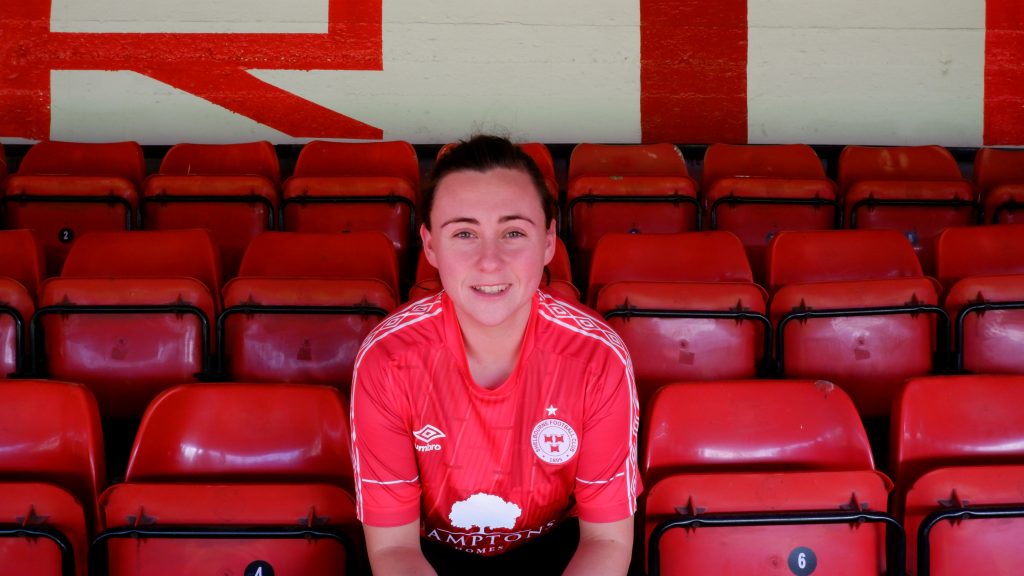 Shelbourne FC is delighted to announce the signing of midfielder Megan Smyth-Lynch from Peamount United.

The 24-year-old attacking midfielder joins Shels having previously been with the Reds in 2015 and several successful years at Peamount.

Speaking on Megan’s arrival, Shelbourne FC Women’s First Team Head Coach Noel King said:  “I see Megan as a great capture – she has a cultured left foot that can create chances and score goals – As a former Shelbourne star she is familiar with  the players, and I believe our style of play  will suit her talents and bring the best out in her

After signing for Shels, Megan Smyth-Lynch said: I’m so happy to be back at the club I spent so many great years at. After speaking to Noel and some players I knew it was the right time to come back to the club and try to help them win the league back to back and have a good Champions league campaign. I’m so excited to get started and hopefully it’s a successful year for myself and the team!”