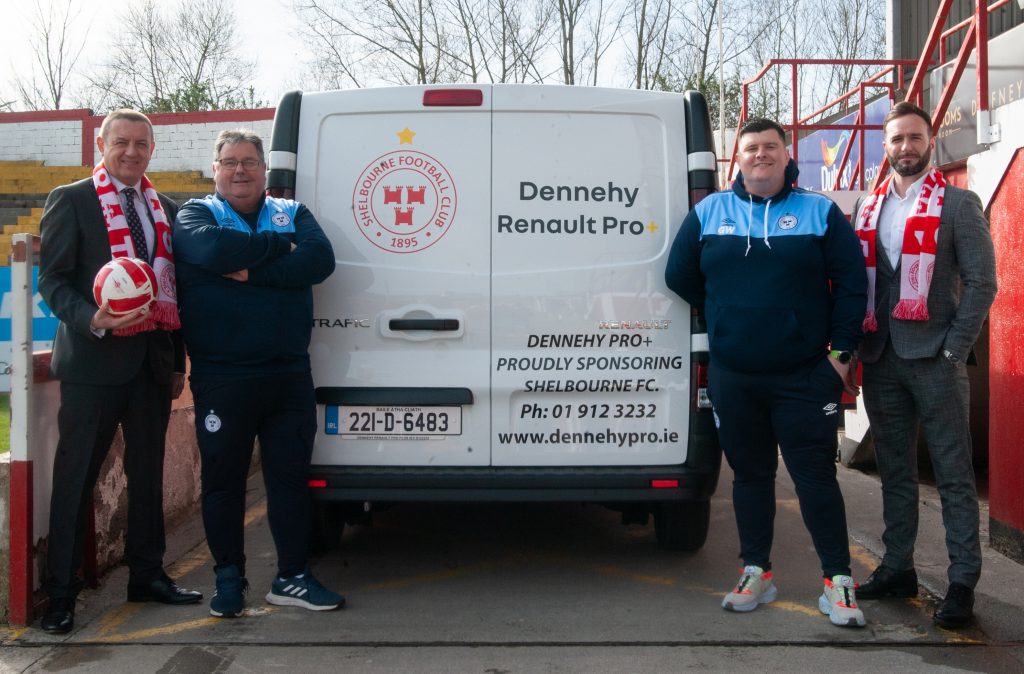 As part of the agreement, Shelbourne FC will use a state-of-the-art branded van, the Renault Trafic, for the 2022 season enabling seamless transport for the Shelbourne FC equipment team across the country for the SSE Airtricity League Premier Division.

Renault Dennehy Pro+ will also have digital media collaboration across our match day assets and programmes.

Shelbourne FC Commercial Director, Keith McDarby said: “This is another exciting partnership for the Club working with Dennehy Renault Pro Plus in 2022. We’re really excited to work with them this year and would like to thank Patrick and Paul for their support, including our branded kit van.”

Dennehy Renault Pro+ General Manager, Patrick Cahill, said: “Dennehy Renault Pro Plus are delighted to be associated with such a prestigious club as Shelbourne FC for the 2022 season. With Dennehy Pro Plus being part of a family run business of over 50 years, it is an honour to be involved with a club steeped in so much local history. We hope that the Renault Trafic Kit Van provided will help Damien Duff and the lads drive their way to a successful campaign in the Premier Division. I look forward to joining the fans at Tolka Park over the coming months. Best of luck from myself and all the team here in Dublin 15.”