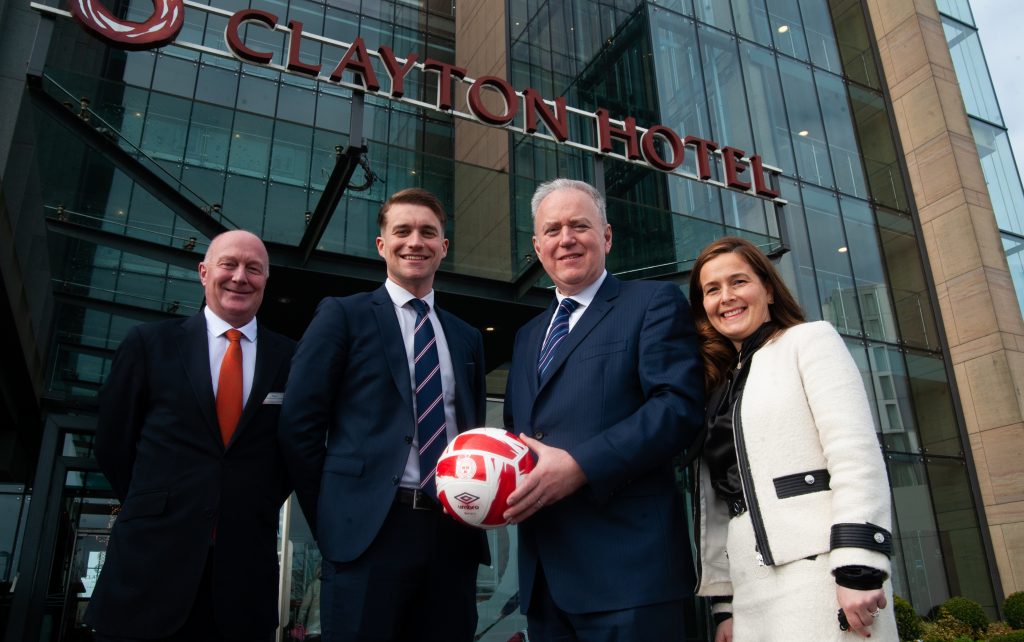 Clayton Hotel Dublin Airport will feature on our U17 and U19 National League jersey sleeves. Given the Hotels close proximity to Shelbourne’s Academy, it makes for a great partnership.

Clayton Hotel Dublin Airport will also have digital media collaboration across our matchday assets and programs and access to player endorsements from our SSE Airtricity League Premier Division team.

Shelbourne FC Commercial Director, Keith McDarby said: “We are thrilled to announce this partnership with Clayton Hotel Dublin Airport for 2022. The hotel is right on our Academy’s doorstep and minutes from Tolka Park, it’s a great fit and it’s great to see another well-known brand getting behind us. Tom and Bronagh were enthusiastic from the first time we met to ensure they were not only supporting the senior teams on the pitch but the grassroots of the club and other aspects including employment and mentoring options for our players. I would like to thank them for their support and look forward to working with them this year”

Tom Doyle, General Manager, Clayton Hotel Dublin Airport said: “We are absolutely delighted to partner with Shelbourne Football Club for the next couple of years. Building bridges with our local community is a key focus for us this year and into the future and sponsoring Shelbourne FC allows us to do that through communication to both young players and supporters who seek a career in hospitality, we have much to offer them. We look forward to actually attending games and supporting Damien, Keith the team, and of course the supporters of the club.’’