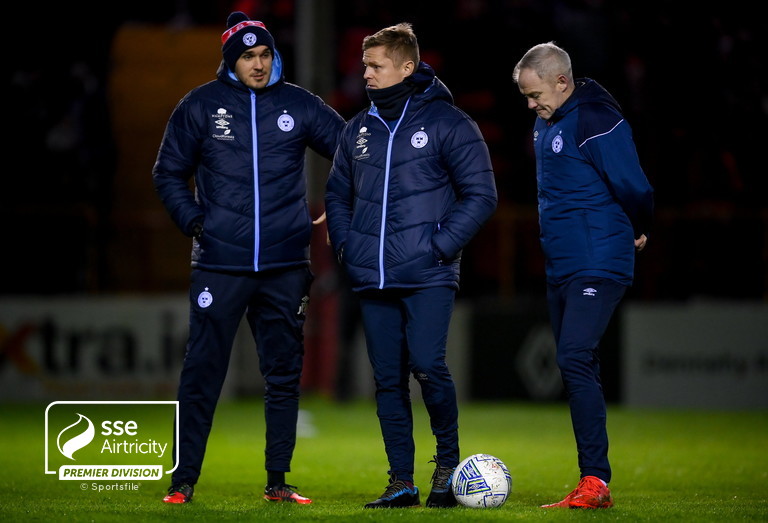 February 24, 2022: Shelbourne boss Damien Duff has said his side are “looking forward to Friday and Monday” as the Reds face two trips away from Tolka Park in the SSE Airtricity League Premier Division in the next few days.

Shelbourne play Drogheda United up first on Friday while a trip to UCD awaits on the coming Monday.

Despite Friday’s defeat against St Patrick’s Athletic, Duff said: “The players are going to have a great season. There was a lot of brilliant stuff on Friday and we have showed that to the lads.”

“The lads are positive and in great spirits,” the new Reds boss told Shelbournefc.ie.

Friday night will be Shelbourne’s second league game of the season while Drogheda will open their campaign with the league clash featuring a few familiar faces to Shels having made the move to Louth in the off season.

“I’d rather be playing than have not been playing last week but we’ll soon see if there is any benefit to that. Drogheda have had a good pre-season under Kevin. We’ll be prepared, train well tomorrow with our pre-match meetings to come and be ready,” Duff added.

Shelbourne will continue to be without JJ Lunney for a couple of more weeks while Sean McSweeney is nearing a return to training over the next week or so.

Shane Griffin is a slight doubt for Friday having come off injured last week.

Shels have no suspensions coming into the clash with Drogheda United.