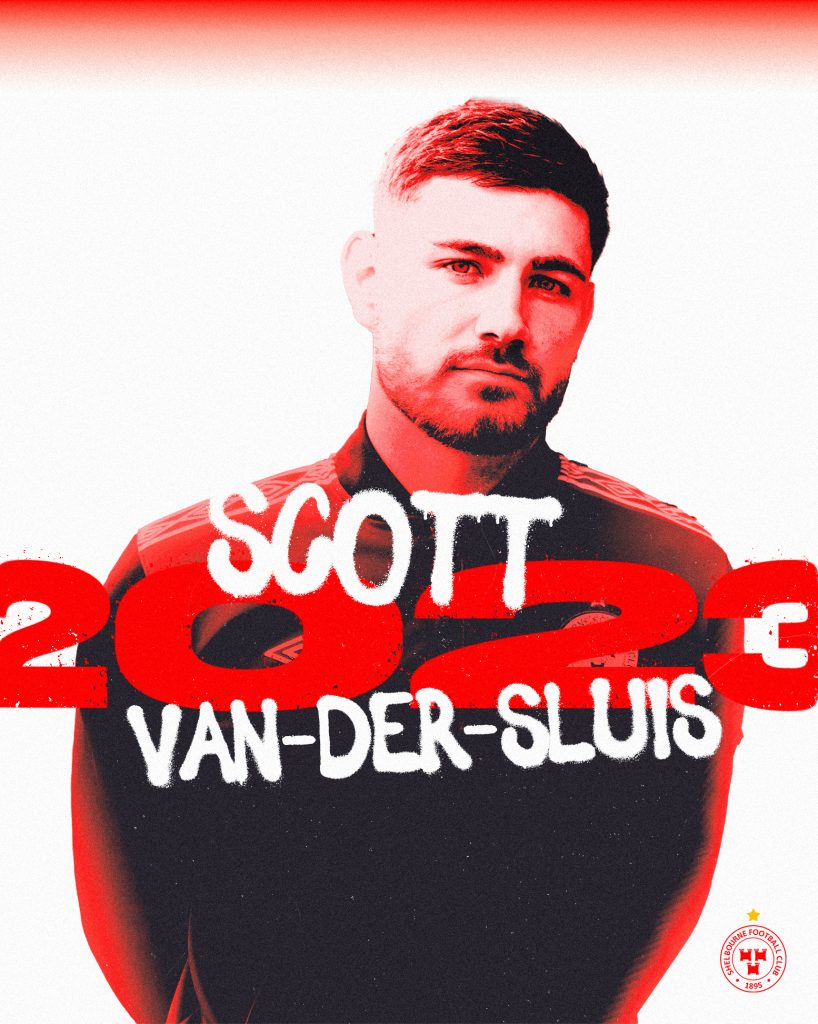 Shelbourne Football Club is delighted to announce the re-signing of goalkeeper Scott van der Sluis for the 2023 season.

Scott joined the club during the summer transfer window of the 2022 season having previously played with Bangor City in Wales.

A talented keeper, he has represented his country at underage level from U15 to U17. He has had spells at Liverpool, Manchester United and Swansea City before moving to Merthyr Town prior to his move to Dublin.

He made one appearance for the Reds in the 2022 season, starting the FAI Cup Round of 16 clash away to Bonagee United where he kept a clean sheet in a comfortable 4-0 victory.

Damien Duff, Shelbourne FC Head Coach said: “It is great news that Scott has decided to re-sign for 2023.

Although he received limited game time, he settled in brilliantly halfway through the season and trained brilliantly. Still young and very ambitious, he will make it a very competitive position in the squad.”

Scott van der Sluis said: “When I had a call from the gaffer it was a no brainer really. I only got half of last season with them but the lads, staff, fans and people around the club have been brilliant with me since coming in.

This is a great club going in the right direction and hopefully next year I can show everyone a bit more of what I’m about.”