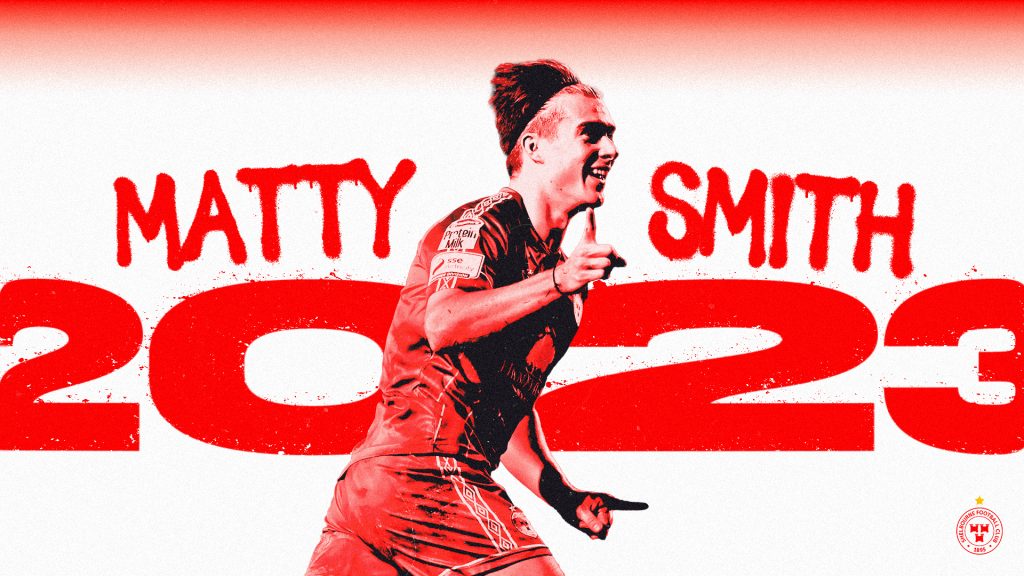 Shelbourne Football Club is delighted to announce the signing of Matty Smith from Derry City.

The 25-year-old Scottish attacker arrives from the Brandywell on a permanent deal having spent half of last season on loan at Tolka Park.

The Reds saw off stiff competition for the signature of the highly sought after Scotland native, who had plenty of offers at the conclusion of the 2023 League of Ireland season.

Smith made 15 appearances for Damien Duff’s side after joining at the end of July 2022, his debut coming in the 3-0 win over Bray Wanderers in the opening round of the FAI Cup, a game in which Smith registered an assist for Jack Moylan’s goal.

A native of Dundee, he made 13 starts and scored twice for the Reds, his first goal coming against old club St Pats in a 4-4 draw at Tolka Park, while the attacker also netted in the 6-0 demolition of Drogheda United.

Smith’s first experience in the League of Ireland came at Waterford, where he joined from Dundee United in 2020, he went on to play every single game of a COVID-19 curtailed season.

From the Blues, he left to join St Patrick’s Athletic, making 32 appearances and scoring 11 times, making him the club’s top goal-scorer as they finished second in the SSE Airtricity League and won the FAI Cup.

Smith’s success with the Saints earned him a move to Derry City, where he put pen to paper on a two-year deal. The Dundee native had been an important player for the Candystripes in the first half of the season, making 19 appearances, including 14 starts and netting 3 goals.

Damien Duff, Shelbourne FC Head Coach said: “We are delighted Matty has decided to extend his stay with us for the 2023 season.

Matty is back to his best and will improve again which is exciting. He is a big player in the league and very popular in the dressing room too. He is very happy here hence there was no reason for him to leave.

Also a big thank you to the club for getting the deal done. It is another statement of where we want to go.”

Matty Smith said: “I’m delighted to sign for Shelbourne, when my loan deal ended a few weeks ago I just wanted to get the deal done and make sure I’d be here next season.

Shels is where I want to be. I’ve loved it here, it’s a challenging and intense environment but a perfect place for any young player to be. The players, all of the staff and the manager have all been great to me and I’m really excited about the plans here.

It’s a massively ambitious group and we’re just getting started. Tolka Park is home for me and I’m over the moon to sign for Shels permanently.”