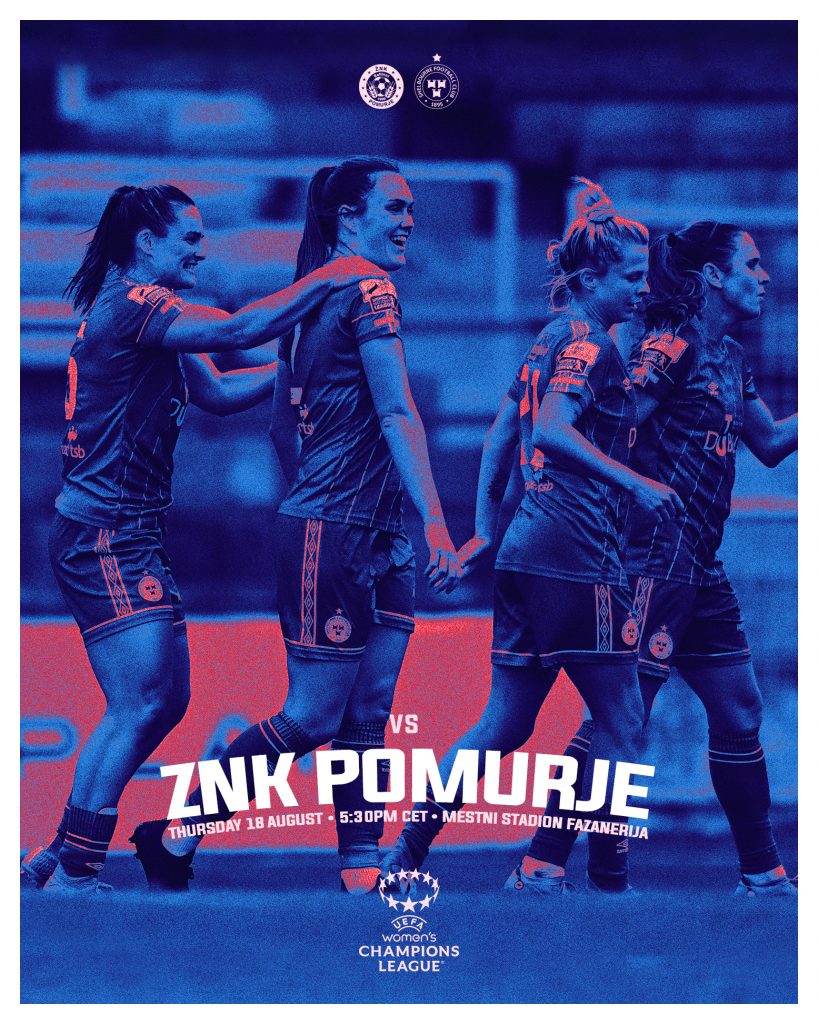 The Reds trained this evening for the final time before they kick off their UEFA Champions League campaign.

The full squad came through the final session with no injuries, leaving Noel King with a full squad to choose from.

Analyst Ciaran King has helped prep the squad for the challenge of facing the Slovenian side ZNK Pomurje, with video clips and info on the opponents.

The club also received confirmation today that the game will be live streamed for free, and available to watch in Ireland. Kick off is at 4:30pm (Irish time), with the stream online from 4:25pm.

The will be available on https://nzs.si

The Reds will have to contend with hostile conditions at the Fazanerija Stadium with the mercury set to rise to 35 degrees by the time the game kick-offs.

King told Shelbournefc.ie: “No doubts. The big doubt is selection, a few people have little knocks but nobody’s going to be stopped from playing in this, everybody wants to be part of it.

“There’s a great spirit amongst this group, it’s trying to maintain that spirit on the pitch in difficult circumstances and against a team who are accustomed to qualifying every year. It’s a challenge in itself.

“We’ll talk about the game tonight and there’ll be nothing else in our mind other than the match and how we can progress into the final.”

King knows the Reds face a formidable challenge, but feels despite the European pedigree of their opponents, they had identified weaknesses in their side.

“They have strengths, they have some good individual players, but they also have weaknesses, I think we’ll be competitive. If we can survive the heat thing, we’ll be very competitive I hope.”

King also singled out the Reds faithful for particular praise, with a number of fans having made the arduous journey to Slovenia, which took the squad over 12 hours of travel between air and road.

“You know when you’re out there playing and you see groups, the Irish flags, the Shelbourne flag, that definitely gives players a boost and encourages them to keep going in what will definitely be difficult circumstances and difficult opponents.”