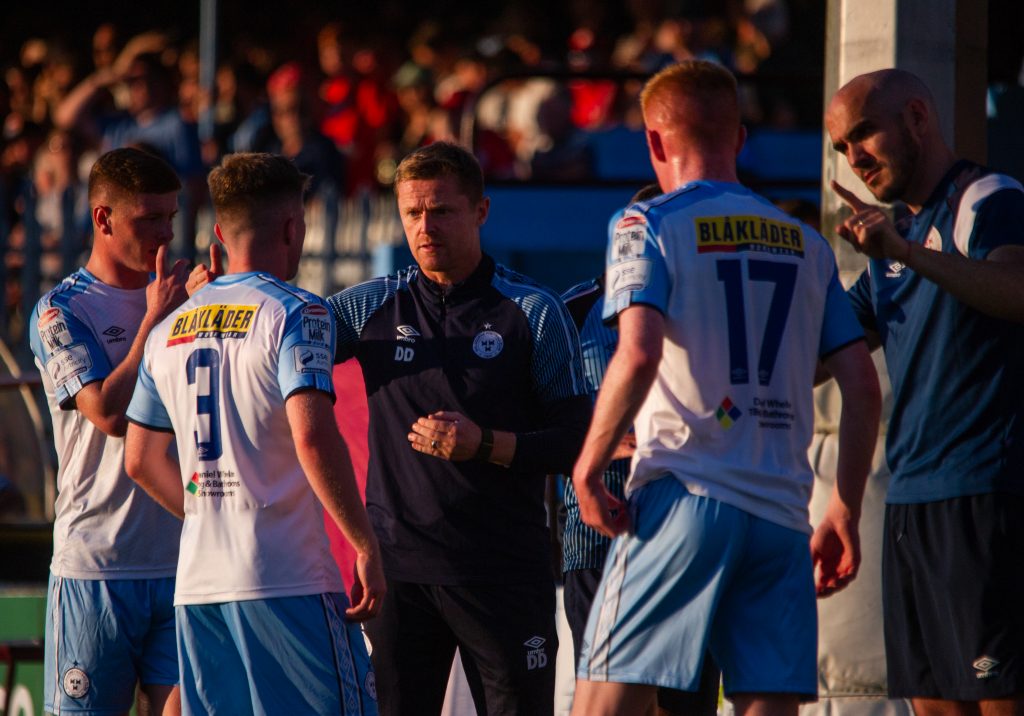 Shelbourne Head Coach Damien Duff is looking for a response from his players as the Reds gear up to face rivals Bohemian FC on Friday August 19th at Tolka Park in the SSE Airtricity League.

Duff has given Sean Boyd every chance to prove his fitness, the Reds top scorer was taken off against Drogheda United, a groin injury brought an early end to his night as the Reds fell to a 3-1 loss at United Park a week ago.

“Boydy is one of a number of players who’ve put their body on the line for Shels, people don’t realise it, lads playing with injuries, doing everything they can to be out there, playing through pain, the desire to represent the club and work for their teammates is pulling guys through. That’s a testament to the character in the squad.”

Jad Hakiki moved a step closer to full fitness and returned to the bench a week ago, the youngster could make an appearance against Bohs at Tolka, but Duff is eager to give him time to fully heal, he told Shelbournefc.ie: “Jad is still a bit away, was good to get him back on the grass and tog out the last day, but we have to give him the time he needs to get right and not rush him, particularly because his injury was brought on by a load issue.”

The Reds begin this round of games a point and a place behind their Dublin rivals, but with a game in hand. Bohs will be eager to get back to winning ways having slumped to successive defeats to Dundalk and Sligo Rovers.

Duff told Shelbournefc.ie he’s only concerned about his team and wants to see a response after the disappointing defeat a week ago: “Monday and Tuesday in training, the boys were on it. We had a review of the game, it wasn’t pretty as you can imagine.

“The lads know what’s expected and the standards we have, we didn’t hit them against Drogheda, you can lose football games, but it’s not good enough to lose it because the other team are hungrier or had more desire.

“We knew what Drogheda would bring, we knew lads on their team would come out with a point to prove to this club and to me, we were prepared for that bite, and we didn’t match it.”

The Reds go into this one having drawn once, and lost twice to Bohs this season, and the Shels boss is acutely aware of what a win would mean to the supporters:

“This is a massive Dublin derby, you don’t have to be involved in the league long to feel the tension, could even go stronger, and call it what it is, the dislike, there’s obviously a lot of history there down the years.

“The players probably feel they owe the fans after the last day, they’ve been brilliant with us, behind us all season, and we want to respond to last week for ourselves, show what we can do, and also to show the fans as well and repay them for their support.

“It’s the kind of fixture where you don’t have to look too much into team talks for motivation, it’s a massive derby, I think from 9:45pm last Friday night, the players have all the motivation they need, they won’t need a speech or a video, they’ll want to go out there, raring to go and show what they can do.

“The games we’ve played so far this season against Bohs, the two in Dalymount, I thought we deserved more out of those games, but listen, that’s in the past, this is our last crack at them, and we want to get the win.

Shels will be without Mark Coyle and Dan Hawkins who remain sidelined with injury, otherwise Duff has a full squad to choose from with no suspensions due to be served.

Watch all the action on LOI TV, every Premier Division fixture is available to watch for €7. Commentary from Dave Armstrong and Jay McGuinness