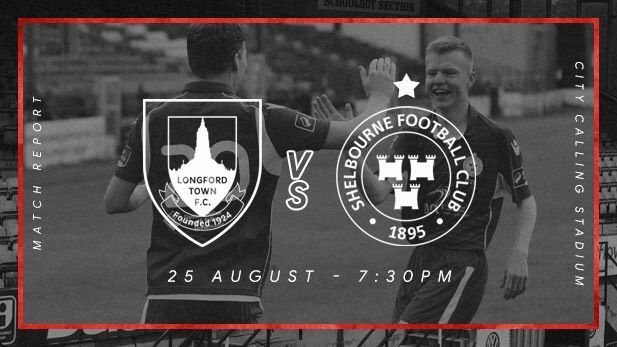 Longford Town are only the second First Division side in Monday’s draw for the FAI Cup Quarter-Finals.

The result wasn’t in much doubt throughout the game, even if it took the full complement of 45 minutes for the home side to take the lead.

Longford were on top throughout but their first goal came from a Shelbourne corner originally. Longford cleared well through Sam Verdon and he sent Dylan McGlade on his way.

The young winger was through on goal before he was taken out by Reece McEnteer and referee John McLoughlin pointed to the spot.

McGlade stepped up and slotted the ball into the corner, sending the goalkeeper the wrong way.

McGlade was involved in Longford’s second as well. His bursting run down the left wing earned his side a corner. He took it himself and found Daniel O’Reilly free in the area. O’Reilly beautifully side-footed the ball into the back of the net and sent Longford into the next round.