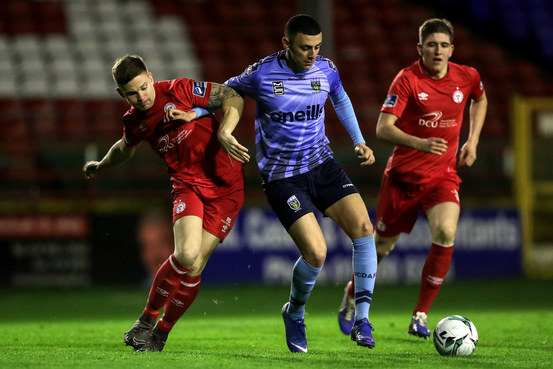 Shelbourne Football Club is delighted to announce the signing of forward Yoyo Mahdy after his time at University College Dublin.

Mahdy joins the Reds with 36 goals during his time at UCD including five braces and a hat-trick in last season’s First Division.

The 22-year-old spent the previous four seasons with the Students where he made 96 appearances for the club.

Manager Ian Morris is thrilled to have Yoyo on board for next season.

“Yoyo gives us fantastic options at the top end of the pitch. He can play up top, wide or behind the front man,” he said.

“He’s exciting, can beat a player and scores goals. He is a player in demand, and I’m delighted he is a Shelbourne player,” he added.

Mahdy told shelbournefc.ie he was excited to join the Reds who he believes have one of the most passionate fan bases in the country.

“I’m buzzing to join. I was talking to Ian a few times and it’s great to get it done and am excited for the season ahead,” he said.

“Last season the division was really competitive and this year it will be tough,” he added.

The commerce student said he is “looking to bring goals” and is someone who “enjoys link up play, off the shoulder and getting involved going forward.”

“Tolka is one of my favourite places to play and it has been packed so am looking forward to that now,” he added.