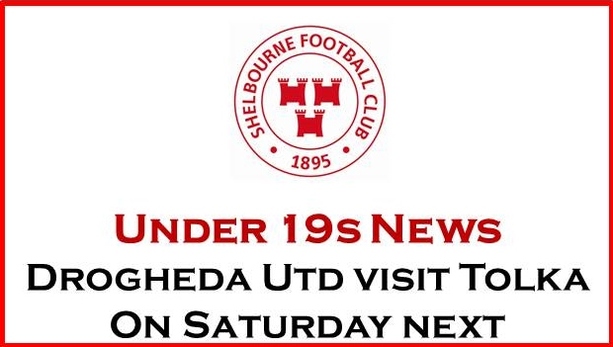 After last weekends free of fixtures for the Schools Interprovinicals the 19s are back in action with Martin’s crew at home to Drogheda United on Saturdayin Tolka Park with 12.00 Ko.

Drogheda losing in their last game to league leaders Derry City 1-3, will be hoping to get back to winning ways, while the young Reds had a good win away to Letterkenny Rovers 2-0 with goals from Aaron Ashe and Aaron ( Red ) Robinson.

Sean McGraineis serving the second of three game suspensions for his red card against Finn Harps, Paddy Obijuru is still missing due to ankle injury, George Mukete is hoping to get the go ahead to start back trainingfrom injury but this weekend might be to soon for him, otherwise Martin has a clean bill of health.

TheYoung Shels are hoping to make it four games on the bounce, so come along and give this young squad your support