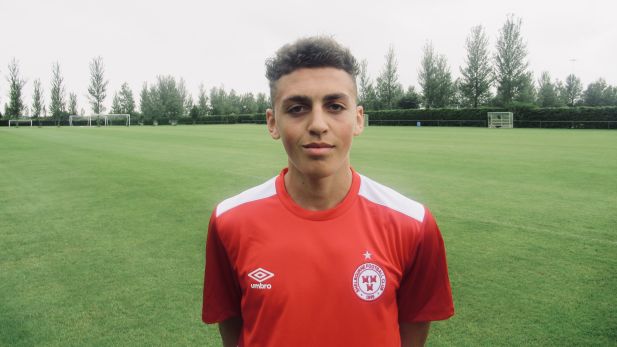 Shelbourne FC is delighted to announce the signing of young striker Jaze Kabia from Cobh Ramblers. Kabia, who is just 18-years-old, joins the Reds having impressed against fellow First Division side Cobh, scoring eight goals so far this season in 16 league appearances. He also scored in their 3-1 defeat of Limerick in the League Cup.

From Cork, Kabia says he is “ecstatic” to join the Reds and says the “exceptional fans” he encountered while playing against Shels this season was a key part of the move to Dublin.

Shels boss Ian Morris says Kabia is “quick, good in the air” and will have a great opportunity “to learn from senior players within our group.”

Kabia had already made his League of Ireland debut in March 2018 at just 17 years of age, and has turned heads since, including a goal against Shels earlier this year in Cobh.