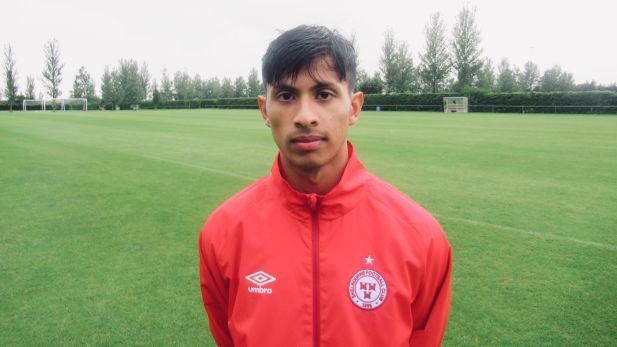 Shelbourne FC is delighted to announce the signing of winger Denzil Fernandes from Cobh Ramblers. Fernandes, who is 21-years-old, comes having impressed with exciting attacking play for his former side in the First Division this year including three goals and several assists.

Fernandes, who is from west Cork, previously featured in Cork City’s UEFA Youth League tie against Italian side AS Roma, and has since turned heads with pace and skill at Cobh featuring with 14 league appearances. He has also scored twice in the League Cup, with one each against Limerick FC and Cork City.

The right sided winger believes Shels’ “attacking style of play” was a key part in his decision to join the Reds as well as the possibility of Premier Division football next year, which he hopes to aid the clubs hopes this year with just eight games remaining.

Shels boss Ian Morris says Fernandes will “get bums off seats” and is “exciting with a lot of pace.”