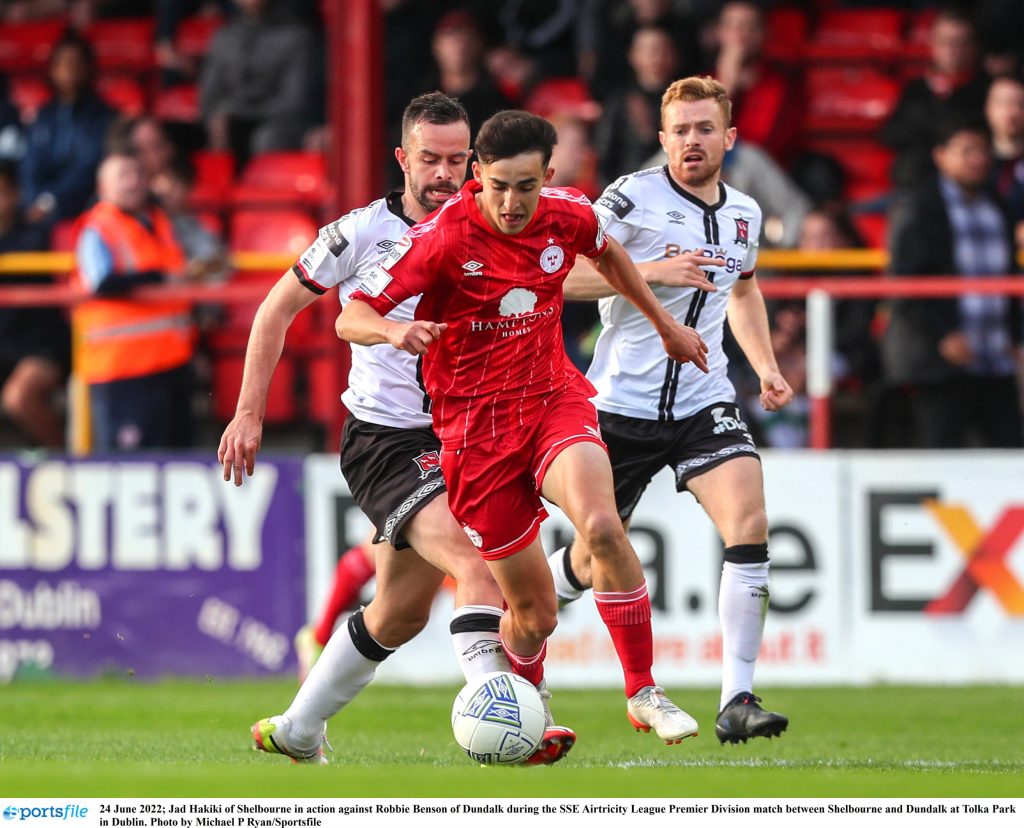 Shelbourne Football Club is delighted to announce the extension of 18-year-old Jad Hakiki’s contract until the end of 2024.

After breaking into the Club’s SSE Airtricity League Premier Division team this season at just 17, the attacking midfielder has greatly impressed since his debut earlier this season under Manager Damien Duff.

Jad has made seven appearances in the SSE Airtricity League Premier Division for Shels and has also broken into the Republic of Ireland U19 team.

The Dubliner scored most recently for Republic of Ireland’s U19M team and added to his appearances at U18M level.

Following his success at this level. Jad was rewarded with a first professional contract before his emergence in the first team in 2022.

Shelbourne FC Head Coach Damien Duff said: “Jad is one of the best professionals I have worked with in my whole career. He is a class act, on and off the pitch. He is the first to arrive and the last to leave the training ground everyday. Players and staff think the world of him and I look forward to helping him improve more  and seeing him grow as a player.”

Jad Hakiki said: “I’m delighted that Shelbourne have given me an opportunity to extend my stay at the club. I am surrounded by supportive fans, staff and players and can only see myself improving in this environment.”