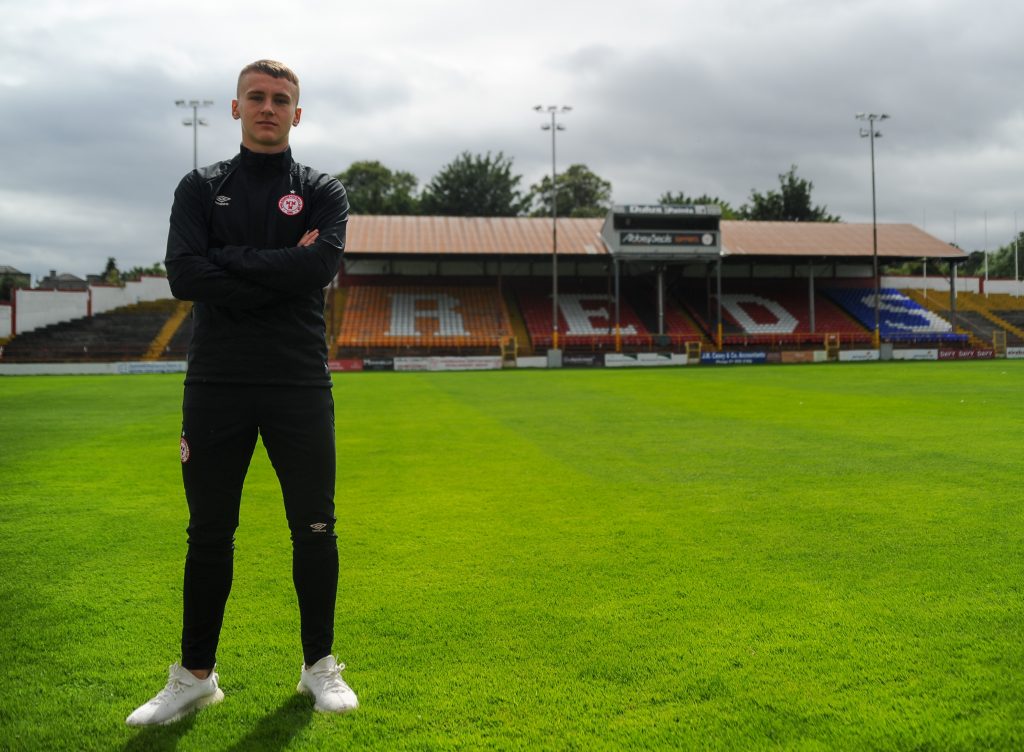 Shelbourne FC is delighted to confirm the signing of Brian McManus after a spell with Preston North End.

McManus, highly coveted after time at St Kevin’s Boys before Preston North End, has played in central midfield for some of the Reds friendly games ahead of the season restart.

Having come back from England, Brian told shelbournefc.ie that “the midfield is already really strong” at Tolka Park.

“We want to get as high as we can in the league. It’s a good squad, a very young squad too. I aim to work hard and try to make some appearances.

“You see it with the likes of Shane Farrell breaking in last year so it’s great to see the youth coming through,” he added.

“Brian is a fantastic addition to our squad. He is a young lad with great pedigree coming from Preston North End via St. Kevin’s boys.

“He can play in midfield and at full back. Brian has a big engine and an excellent range of passing,” he added.