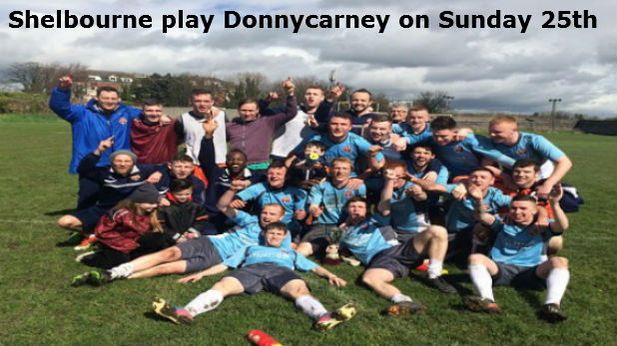 A game has been arrangedwith Donnycarney FC on Sunday next at the AUL Complex, Clonshaugh, with an 11.00am kick-off.

Donnycarney, who are managed by Thomas Heary and Liam Donnelly,recently won the Premier ‘B’ Division of the Athletic Union League, with 52 points from 20 games. They will also play in the final of the Liddy Cup against either O’Devaney or St. Kevin’s next week-end.

The game will be a great chance for Johnny McDonnell top give game-time to some of the players not featuring regularily in the first team. It will also give the Shels supporters to have a look at some of those they have not yet seen play.