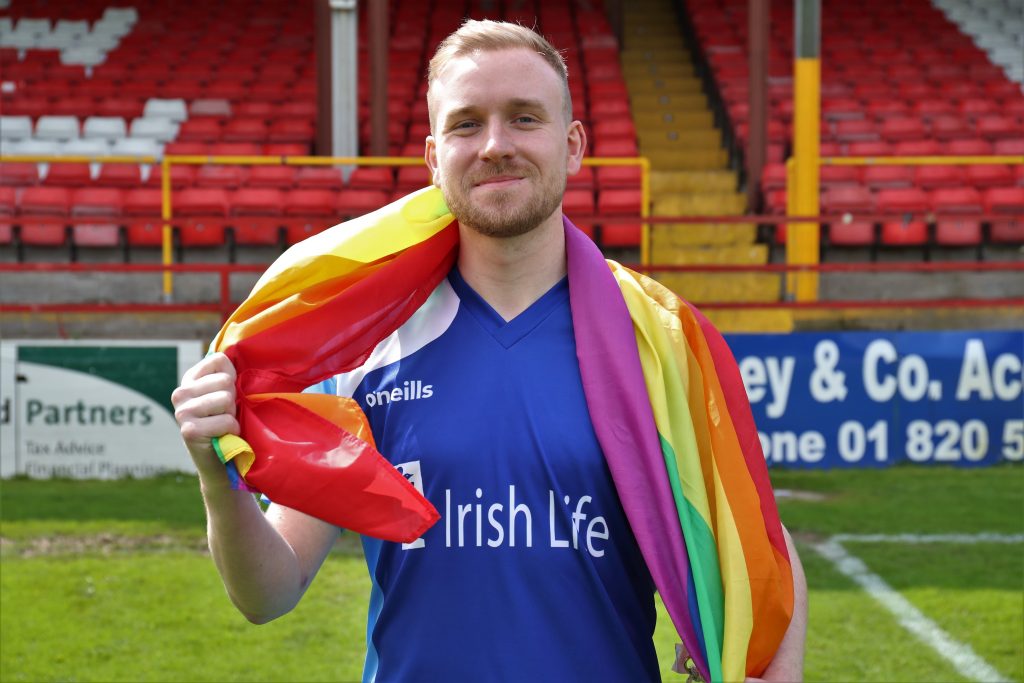 May, 2022: Shelbourne FC is delighted to announce it will host the Gay Football Supporter’s Network Cup Final this May at Tolka Park. The GFSN Cup is the premier LGBT+ football competition across the UK and Ireland and this will mark the the first time the tournament has been hosted in Ireland.

We are extremely proud to host such a landmark event which celebrates equality of access to football after hosting an annual match with the Dublin Devils since 2017.

The Final will take place at 2pm on May 28th, 2022 at Tolka Park with all supporters welcome to attend.

To encourage participation, entry for the Final will be free and supporters are encouraged to attend to help mark a special occasion.

Dublin Devils are a LGBT+ and inclusive Dublin football club offering football of all levels from social kickabouts to competitive 11-a-side.

Village Manchester FC is a gay and inclusive football club in Manchester that welcomes anyone who loves football who play in local leagues and against other gay teams.

The GFSN is a voluntary organisation that promotes the participation of LGB&T people in football and campaigns against discrimination.

John McGouran, Community Officer, Shelbourne FC said: “The relationship between Shelbourne FC and Dublin Devils FC has developed since 2017 due in no small part to the shared values of our respective Clubs. Participation, Respect and Inclusion are the values upon which both Clubs completely align, and Dublin Devils FC have been a driving force in this regard since the Club was founded. Shelbourne FC is honoured to host the GFSN Cup Final on 28th May, the first time that Dublin Devils FC have reached the final of the competition and the first time that the final will be played in Ireland. It promises to be a great match, and an occasion to remember at Tolka Park.”

John Coary, Chairperson, Dublin Devils, said: “Reaching the final of the GFSN Cup is a testament to the growth and development which we have seen in our Club over the past number of years. That growth and development has been driven by our existing and new members together with the support which we have received from our allies off the pitch, particularly Shelbourbe FC. Since we began to develop our partnership in 2017, Shelbourbe FC have always stood by us and supported us. In hosting this year’s final of the GFSN Cup in Tolka Park, Shelbourbe FC are once again demonstrating their commitment to the LGBT+ community in Dublin and to LGBT+ inclusion in football more generally, we are incredibly grateful for their continued support. This year’s final promises to be gives us an amazing opportunity to showcase what our Club has to offer and how important LGBT+ sports clubs are to our community and to the sporting community in general. We encourage everyone to make their way down to Tolka Park at 2pm on 28 May 2022 with their Devil’s jersey, their green jersey or their rainbow jersey and support the Club as we seek to make history as the first Irish team to lift the GFSN Cup.”

A voluntary organisation, the GFSN was established in 1989 as a social network for LGB&T football fans across the UK. Since then we have expanded into hosting our own national league and take the lead in tackling homophobia, biphobia, and transphobia in football.

The GFSN works to maintain a social network for LGB&T supporters, to encourage inclusive teams for players of all abilities, and to campaign against discrimination in football, with a view to creating a safe and tolerant environment both on and off the pitch.


Dublin Devils FC was founded in 2005 and is Ireland’s largest LGBT+ inclusive football Club. The club offers a sporting and social outlet to players of all levels, with social kick-abouts, 6 a side teams and a competitive 11 a side team that competes in domestic competitions and international LGBT+ competitions. The Club also welcomes coaches and volunteers and has a growing supporter base for those who want to be part of other aspects of the Club. The driving goal of the Dublin Devils FC is to offer a home and sense of community for members of the LGBT+ community and their allies. The Club promotes LGBT+ rights and LGBT+ inclusion in football. The Club is also a part of a vibrant LGBT+ sports community within Dublin and across Ireland that