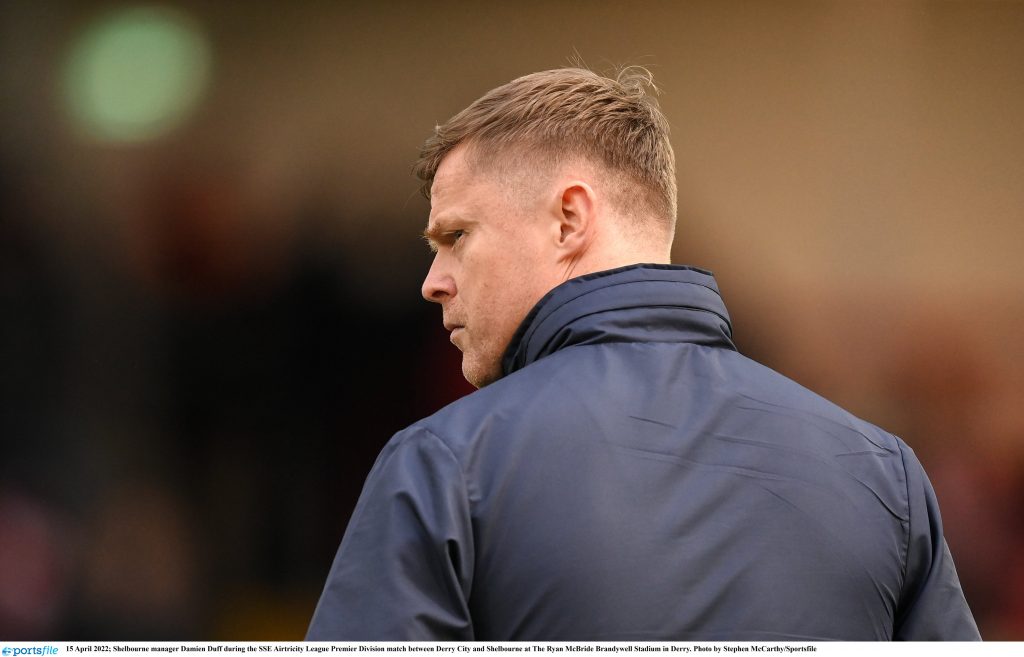 Shelbourne boss Damien Duff says his side “needs to keep building” after last week’s opening home win of the season.

“I was over the moon. It’s what the boys deserved after a nervy last few mins and a poor goal from our point of view but we got over the hurdle,” Duff told shelbournefc.ie.

“Now it’s about can we get two on the bounce. No one below us has done that. Positive results on top of eachother can help you climb the table and it goes the other way too,” he added.

“Look it’s against someone close to us in the league so it’s absolutely massive,” Duff said.

Shels will be without Brian McManus and Daniel Hawkins through injury while doubts remain over Adam Thomas and Jordan McEneff who both missed last week.

“It must be said our squad has coped brilliantly throughout the season because we’ve missed bodies during it,” Duff said.

Duff remarked on JJ Lunney’s impressive performance in the Shels midfield last week considering a lengthy spell on the sidelines.

“To play the way he did in his first start since November and a year and a half in the Premier Division was brilliant so we were delighted,” he said.

Limited tickets remain at shelbournefc.ie/tickets-2/ for the Friday night clash live on LOITV with Darren Cleary and Jason McGuinness on commentary.