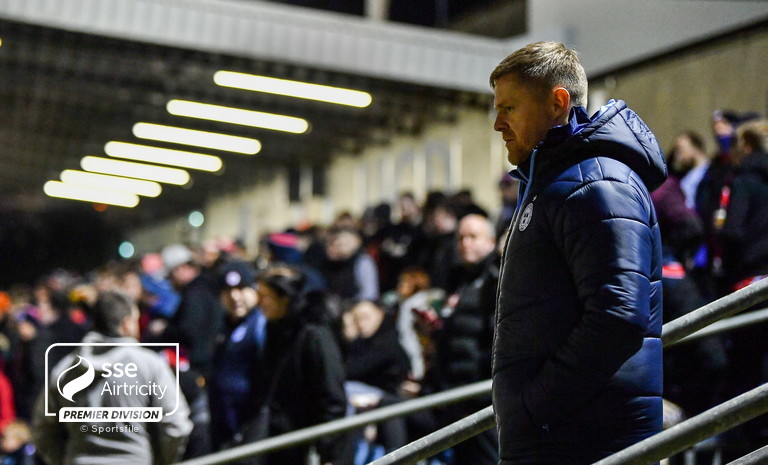 March 3, 2022: Shelbourne boss Damien Duff says he is hoping the players and fans together can make Tolka Park a “fortress” this season ahead of another big night on Friday.

The Reds return home after two away games on the road in Drogheda and UCD where a 2-0 win was followed up by a scoreless draw at the UCD Bowl.

Though Derry City will represent a stiff challenge for the Reds, Duff told shelbournefc.ie that his players cant wait for Friday night.

“It’s in the players mindset to relish these occasions. Derry are obviously favourites with some for the league but I’ve been very proud of the performances.

“Derry have a lot of individual quality and a team with a lot of match winners and I’d say tomorrow’s team will feature quite a lot of those players but nothing will phase us as we look to make Tolka a fortress,” he added.

The Shels man going into his fourth game in charge of Dubliners said the fans together with the staff and players can look to build their home ground into a special place and a difficult place for opposing teams to visit.

“It goes both ways to make that. Yes the supporters are there to be the 12th man but the players have to help them too whether it be a tackle showing them that desire or a piece of magic to get them off their seat,” he added.

Duff said his team will be looking to gain all three points tomorrow night – the same as every week.

“We’re convinced when we go into each game we will win it and that same belief remains going into every week.

“It’s the best bit of the week for the players, for the staff and I’m sure for Shelbourne fans it is as well. Everyone is absolutely buzzing for tomorrow. We want to make something special,” he added.

Shelbourne retain a doubt over Shane Griffin while JJ Lunney and Sean McSweeney near a return to action.

Jordan McEneff is fit for Friday’s game, despite his early withdrawal on Monday night which was precautionary.

Shels have no suspensions for Friday’s game.