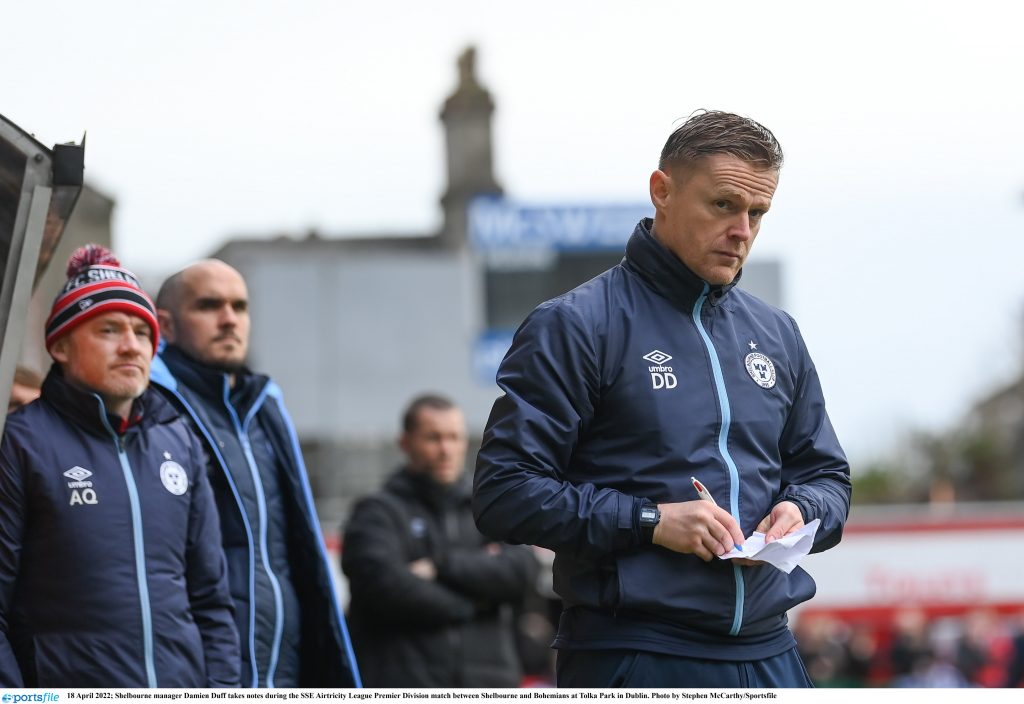 Shelbourne boss Damien Duff has said he is looking for a performance “full of energy” ahead of Friday night’s clash with Finn Harps.

“The likes of Shamrock Rovers and Derry often struggle there so listen we know what we’re facing on Friday.

“It’s a massive game but at the end of the day it’s the same amount of points on offer as any other game,” he added.

Shelbourne will be without the suspended Aaron O’Driscoll, Shane Griffin and Sean Boyd while Coach Alan Quinn is also suspended.

Duff told shelbournefc.ie that his side is “fully prepared” for a game they know will be fiercely contested.

“It’s probably one of the better times of year to go there with the weather but it’s a game where the players are going to have to show their personality,” he said.

“For 89 minutes last week we showed great concentration and yes there were positives but we switched off for 60 seconds and you can see what happens,” he added.

Duff said his side will have to defend well with their concentration needed to defend crosses into the box and set pieces throughout the game.

Shels have no new injury concerns going into tomorrow’s game with David Toure and Sean McSweeney set to miss out with injury.