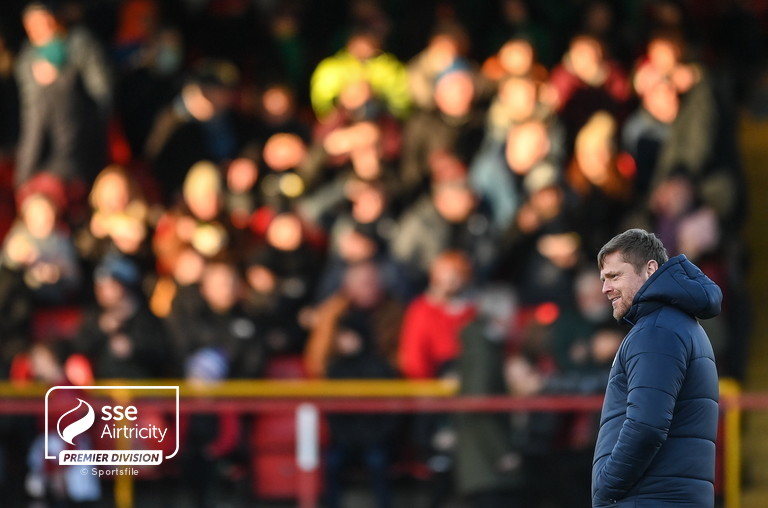 Shels boss Damien Duff says Tolka Park is a “special place for any Irish footballer” and tomorrow’s game against Sligo Rovers is another opportunity to secure a first home win of the season.

The Reds face into the first of two home games in a row against Sligo Rovers on Friday night in the SSE Airtricity League Premier Division looking for their first home win.

“Obviously we have that hanging over us and the longer it goes on the more pressure comes on us but tomorrow’s another opportunity to get that monkey off our pack.

“The players really want it. Tolka Park is the place to be and I can see the desire they have to get that win,” he added.

Shelbourne welcomes back Shane Griffin, Aaron O’Driscoll and Sean Boyd from suspension while the Reds Manager will begin the first of three games suspended after a dismissal against Dundalk.

Coach Alan Quinn will serve the second of his four game suspension.

The Reds have injury concerns over Brian McManus and Sean McSweeney but otherwise boast a fully fit squad.

“The lads are in good spirits after the extreme disappointment of last week obviously. They’ve parked it and we’ve trained well all week.

“We know their strengths and weaknesses and we’ll work to exploit them.

“The lads have their reference points and have even played well in the first half against Bohs and second half against Rovers for example so we know what we need to do,” Duff told shelbournefc.ie.

“It’s great to welcome three players back from suspension too as they’re three big players for us so we can’t wait,” he added.