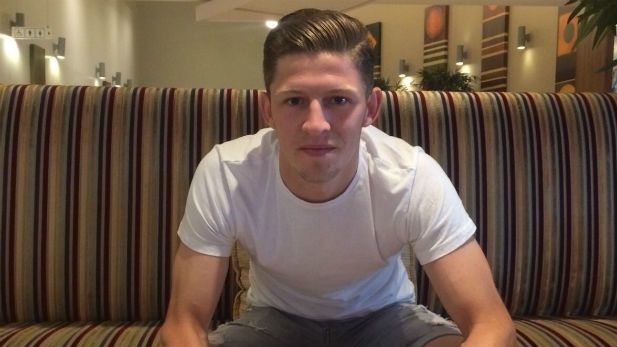 Owen Heary has today completed the signing of striker Greg Moorhouse from Sligo Rovers at the opening of the July transfer window.

Greg Moorhouse was part of the Crumlin United team that won the Leinster Senior League Senior Sunday division in 2013/14 and back to back FAI Intermediate Cups in 2014/15 and 2015/16.

He was also part of the Irish Amateur side that won the UEFA Regions Cup in Dublin in 2015.

Moorhouse scored 16 goals in all competitions with Glenavon during the 2016/17 season, including ten in league competition and at season&rsquo;s end he went to Coventry City on trial and travelled with their squad to Spain on their pre-season tour, but terms could not be agreed between City and Glens.

Greg signed for Sligo Rovers from Glenavon in July 2017 for the remainder of that season. He renewed his contract with the &lsquo;Bit-O-Red&rsquo; in November for the following 2018 season.