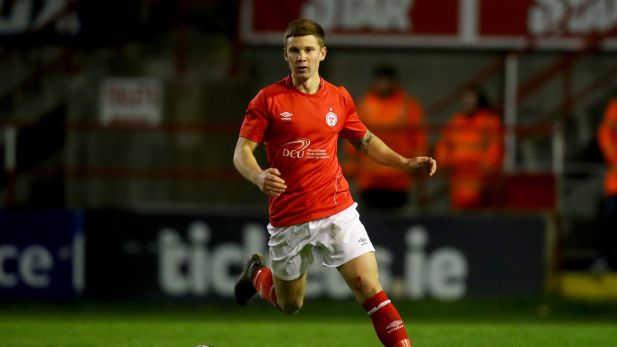 New Shels defender Luke Byrne has said he is looking to bring back “some special nights at Tolka Park” as the new season edges ever closer.

Byrne, who moved from Shamrock Rovers during the off-season, said after a “tough” pre-season, “all eyes are on next Friday” against Galway United.

“The first thing that drew me to Shels was the size and stature of the club, then you look to see if we have a chance, and of course we do with the squad we have,” he said.

The 25-year-old told shelbournefc.ie that he joined the club after finishing his contract with Rovers and was attracted to “the whole package” that the Reds offered him.

“The way the club was going was just really appealing. First and foremost, it&rsquo;s a huge club with a very competitive squad that I think we should do well with this year.

“We&rsquo;ve got a young ambitious manager who is encouraging me to continue studying and offering me the opportunity to coach as well so it&rsquo;s just a really good package,” he said.

With Shels being his local League of Ireland club, Tolka Park brings back fond memories for Byrne who is looking to create more memories for the club this year.

“It&rsquo;s the first ground my Da ever brought me to, to see a Shels Cork game when I was younger, so when you weigh it all up, it was the best move for me and I&rsquo;m delighted to have the opportunity.

“When you retire you look back at the memories of your career, hopefully you have medals and I really want to start collecting them. It would be brilliant,” he added.

Byrne believes the atmosphere among the players has been excellent during the off season and Head Coach Ian Morris has cultivated an exciting spirit for the year ahead.

“Everyone has commented on it. There&rsquo;s no one swimming against the tide. I&rsquo;ve been in dressing rooms before where there&rsquo;s lads not buying into what you do and it&rsquo;s very difficult to include them.

“There&rsquo;s a good mix of experience and young lads who are new in the door, so there&rsquo;s lot of older lads who can guide the young ones.

“There&rsquo;s a couple of them in particular who have a lot of ability and if we can help them in any way, then we should have a really good player on our hands,” he said.