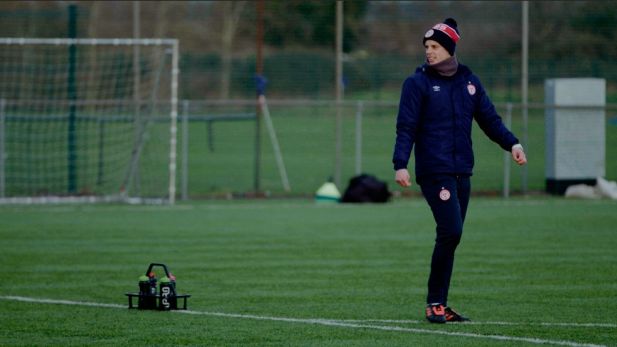 Morris told Shelbournefc.ie that he is expecting a clean bill of health for their first game away to Galway United Friday week.

“We should have everyone back fit for the Galway game and that&rsquo;s going to be a massive boost for us.

“Between the competition for places, the quality that&rsquo;s due to come back and new signings. That&rsquo;s the real positive,” he said.

“We&rsquo;ve had a bit of an up-and-down pre-season in terms of getting bodies on the pitch.

“It&rsquo;s frustrating but it has given us an opportunity to bring some of the under-19 players into pre-season who have done excellent and it just shows the quality at the club that&rsquo;s coming through,” Morris added.

Morris said players like defender Dan Byrne and midfielder Conan Byrne have already been back in training last week and should be available for the Galway game.

“Being without a number of key players, they&rsquo;re going to be like new signings coming into the team anyways. I&rsquo;m quite happy where we are,” he said.

Morris says the First Division will be more competitive than ever with “five or six pushing each other” all the way.

“To single out one club, no, there will be five or six and it just depends who gets off the mark quickly and can maintain that,” the new Head Coach said.

“I think everyone is looking around at how competitive the league is going to be. That was usually the problem with going up as well. Maybe it&rsquo;s not competitive constantly and you&rsquo;re not being tested properly, but this season is going to be difficult.”

Morris says the Shels squad for 2019 is nearly complete but hasn&rsquo;t ruled out any more signings if the chance presents itself. “If something comes up we&rsquo;ll have a look at it properly,” he said.

With Lee Steacy moving to Longford the opportunity has presented itself for one of the underage Goalkeepers to step-up into the senior team alongside Reds legend Dean Delany.

“It&rsquo;s very difficult to get a so-called experienced number one in. Luckily enough we have the goalkeeper of the year (Dean Delany) with us and young Imrich Toth and Jack Lydon have been excellent,” he said.

In his first season in charge, Morris says he has “been loving it” and says the pre-season has “thrown up a lot more information than I thought we would have.”

With player availability and differing pre-season results, he believes the standard of the opposition faced in the off-season will benefit the club hugely going forward.

“We want to get back to the level of playing the likes of Waterford and Pats every week. That&rsquo;s the goal we all want to achieve so I wanted to test us.

“So it&rsquo;s shown us certain things that games against weaker opposition wouldn&rsquo;t have shown us if we didn&rsquo;t play in games that tested us so well.

“We&rsquo;ve gone through videos and we&rsquo;ve looked at different things in training. Its positive and I&rsquo;d like to think if you&rsquo;ve seen us in pre-season you would have seen a drastic improvement in performance, ” he added.