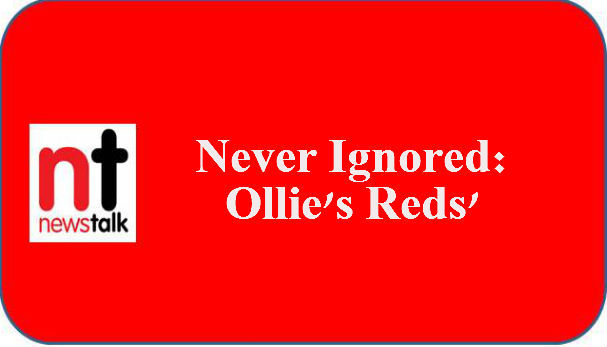 This Saturday a new documentary,Never Ignored: Ollie’s Reds by Newstalk’s Eoin Brennan, charts the rise and fall of Shelbourne FC.

From the lows of the 1980s to the high point of almost reaching the 2004/05 Champions League group stages which preceded another low, it follows the story of the club’s former owner Ollie Bryne.

The documentary gathers the experiences of the key protagonists from that enthralling era and on Tuesday’s ‘Off The Ball’ the club’s former manager Pat Fenlon and midfielder Stuey Byrne spoke, while renowned musician Brush Shiels also joined us on the line to recall Byrne’s early forays in the music industry.

“He didn’t know anything about music but he just loved the band business,” said Shiels, of a man nicknamed ‘Ollie or Nothing’.

“When he got in charge of money, he wasn’t the best man to put in charge of it because he had no real interest in spending it on himself, he wouldn’t be great at spending properly. That’s my opinion.”

But Shiels described Byrne as “great entertainment” and as someone who “gave everything for Shels”.

After leaving the music industry, which included spells promoting top Irish acts like Thin Lizzy and Skid Row, Byrne got involved with Shelbourne in the 70s, eventually becoming chairman and owner in the following decade.

Over the next 20 years, Shels would go from also-rans to the verge of becoming the first Irish club to reach the Champions League group stages.

And Fenlon, who led the club to numerous league titles and was on the touchline on those legendary nights against Deportivo de la Coruna in the Champions League final qualifying round, credited Byrne with being the driving force behind the success on the field.

“It was down to Ollie. We put the work in and we organised the team. But it was his dream and he had a belief that could happen and it did happen,” said Fenlon.

Shortly after those European highs, Shels would hit the wall financially and Fenlon reminisced about the “difficult” period that followed and his own interactions with Byrne at a time when the staff and players were going without pay.

But the former Hibernian manager also highlighted the fact that the players and staff did get their money eventually.

Stuart Bryne described Byrne as “genuine” and had one anecdote to illustrate his point.

‘Never Ignored’ also features a range of interesting stories from Byrne’s time and some of those tales were recounted by Fenlon, Stuey and the Irish Independent‘s Dan McDonnell.

Never Ignored: Ollie’s Reds’ will be broadcast on Newstalk 106-108fm this weekend, Saturday 16th August at 7am, and Repeated at the later time of 6pm on Sunday 17th August.