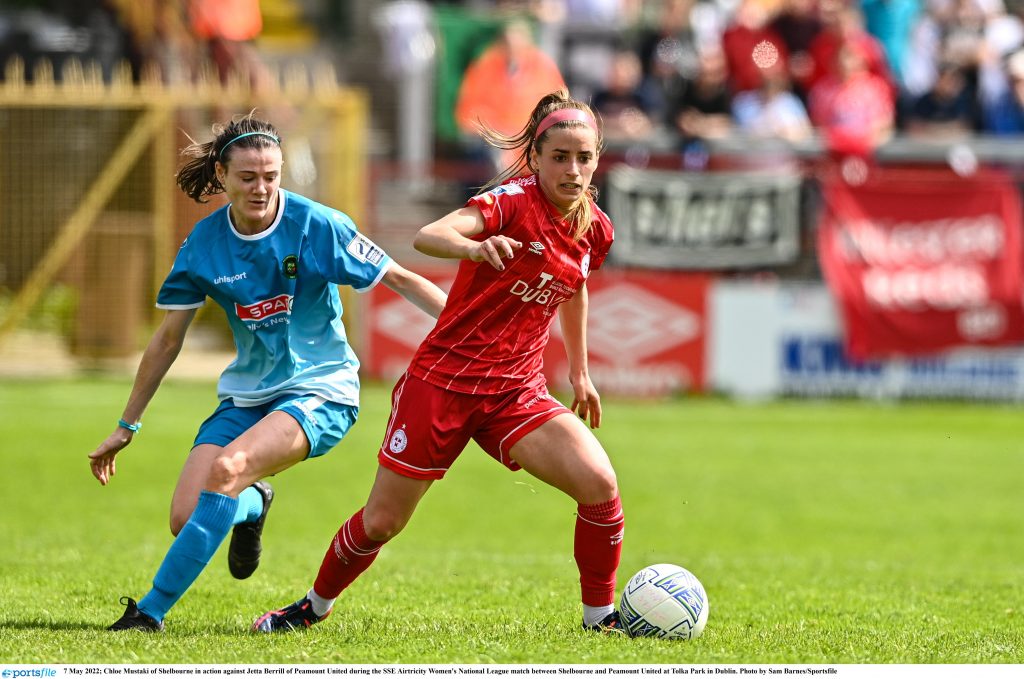 Shelbourne Football Club can confirm the departure of defender Chloe Mustaki on a transfer to Bristol City WFC.

The Republic of Ireland international follows Jessica Ziu and Saoirse Noonan who have also moved across to the UK in recent weeks and the Club would like to wish Chloe the best of luck on her move.

The defender made 22 appearances for Shels crowning her time at the Reds with the 2021 Women’s National League title after a remarkable return from long-term injury.

Chloe has also become a regular feature in the Republic of Ireland WNT during her time at Shels and most notably started in the Irish team that famously drew in Gothenburg against Sweden during the ongoing bid to qualify for the FIFA Women’s World Cup.

All at Shelbourne FC would like to wish Chloe the very best of luck in her time at Bristol City and the upcoming Republic of Ireland internationals.

Shelbourne FC, Manager, Women’s National League said: “Chloe has had a great influence on everyone at the Club leading by example in everything she has done. We will miss this positive influence but wish her the very best of luck in her new challenge at Bristol. Chloe has a great football mind and a lovely left foot so she will make an impression.”

Chloe Mustaki said: “My time at Shelbourne over the years has been memorable in many ways. I’ve benefitted on and off the pitch from having fantastic players and dedicated staff around me, and I can’t thank the club enough for the support they showed me throughout my injury. Wishing the team every success for the rest of the season, once a red, always a red”