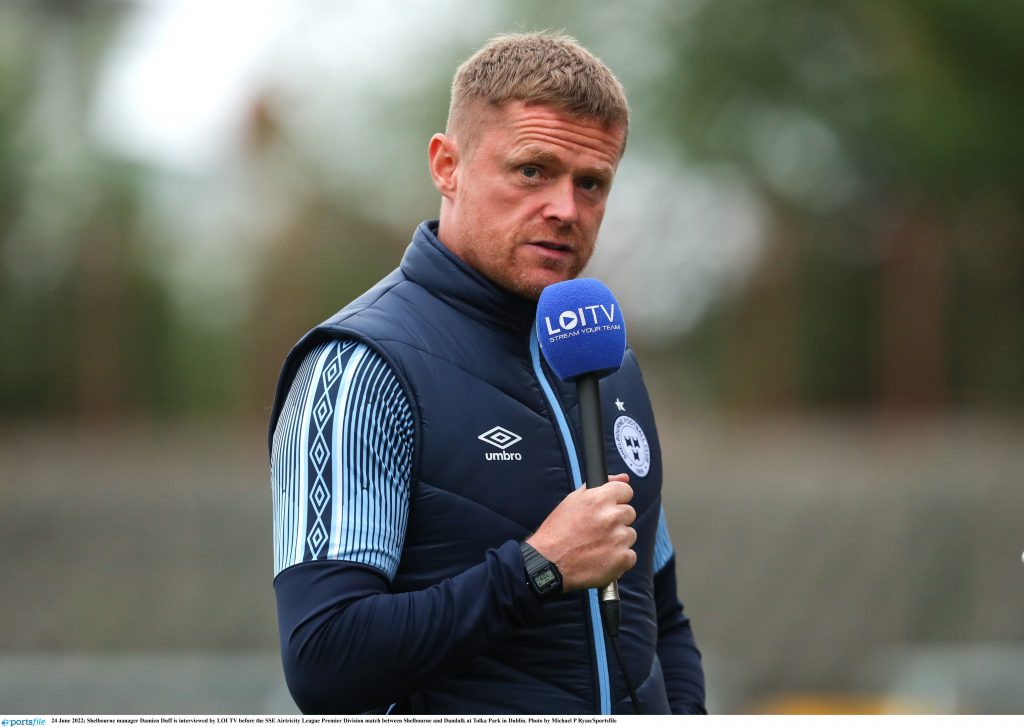 Shels boss Damien Duff says he is hoping his side deliver the three points as well as a performance tomorrow after last week’s loss in Sligo.

Shelbourne welcome Donegal’s Finn Harps to Tolka Park on Friday night looking to erase the two previous defeats at the hands of Ollie Horgan’s side this year.

Despite the loss in Sligo, Shels created numerous chances and had two goals disallowed as well as a ball cleared off the ball at the death but Duff was pleased with the second half performance of his young team.

“Not many teams go to Sligo and dominate, create as many chances as we did while pinning them back but between that, the game in Dalymount and a good draw against Dundalk we’re looking to turn those into wins,” he told shelbournefc.ie.

“I think we’ve been steadily improving over the season – not just at home,” he added.

“Listen Ollie will come down here believing they can win, and rightly so, but we have to stand tall to that.

“I hope we can deliver for the fans tomorrow – a performance and the three points,” he added.

“Training has been good this week and despite results being semi-disappointing, I feel the lads are in good form and we’re looking forward to tomorrow,” he said.

Shels will be without Daniel Hawkins and Sean McSweeney through injury and have no suspensions.

Mark Coyle, however, returns to the match day squad.