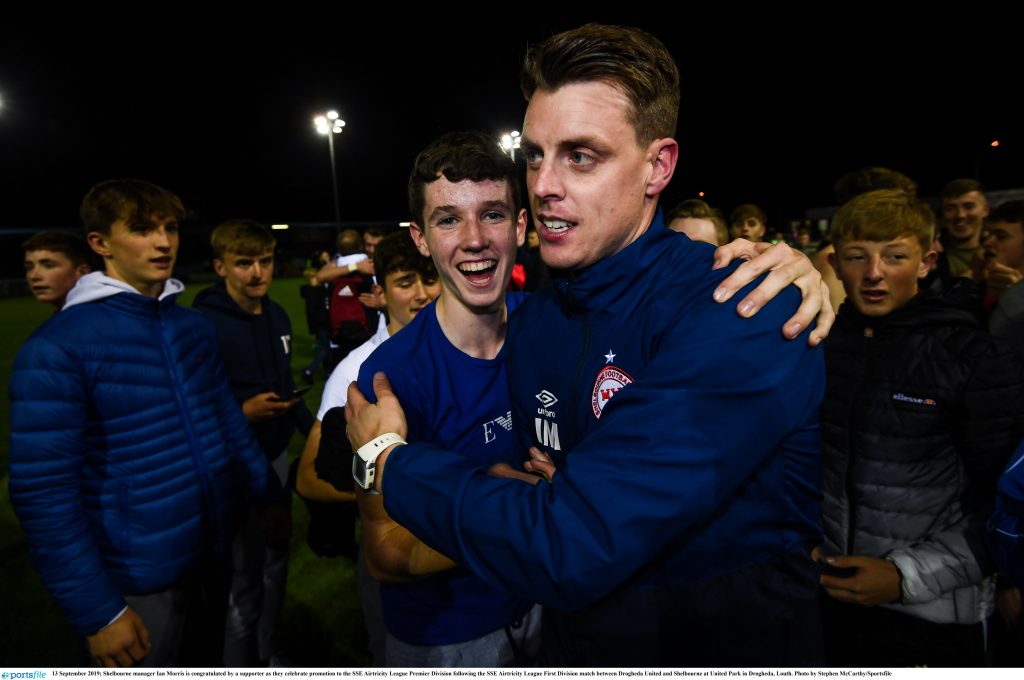 Shels boss Ian Morris has praised the Club’s fans and volunteers ahead of his final match in charge of The Reds saying the Club “would not function without them” and hopes Friday will be a night of celebration and joy.

“It’s going to be a good night and we want to go out to give the fans something extra to cheer about besides the Cup,” Morris said.

“This week will not take the sting out of the night and the celebrations and atmosphere. We want to excite and score goals with training being really good this week,” he added

“I can’t get enough credit to the staff and players. By winning the league I’ve seen the commitment in training every day and the hard work.

“They’ve gotten the reward for it this year and the staff have made my job so easy as I’ve relied on them alot.

Morris said he is “going to try my best to keep the focus on the game” but knows the celebrations after will take care of itself.

Before the game Morris was insistent on giving sincere gratitude to those around the Club after his three years in charge.

“I want to thank everyone around the club as much I can, from the Board and the Directors.  And the volunteers and fans. The Club would not function without those people who give up so much time, it’s unbelievable. They really are a credit to the Club.” he said.

“If this is the way to go out then there’s no really better way to go,” he said.

Morris was full of praise after seeing how crowds have jumped from 2019 to 2021 with so much buzz around the Club.

“They’ve been exceptional. Those two home games at the start of 2020 show what an unbelievable atmosphere it is and then coming into the end of this year, I can’t praise them enough so lets hope we’ve got one more big one.

“It’s been a hugely beneficial experience for myself and I’ve made relationships to last a lifetime and that’s what it’s all about,” he added.

In team news, JJ Lunney is back in contention and Morris said JJ would have been in high contention for Player of the Year if it was not for the injury he picked up against Galway.

“He’s been critical this year for us, and it’s been great seeing him back. He moves the ball so well, he’s been fantastic,” he added.

Morris said it’s got another final selection headache ahead of himself tomorrow, and that those who miss out will only be through circumstance and not through lack  of quality and hard work.

Morris thanked the Club once more, and wished the Reds “all the best in the future.”