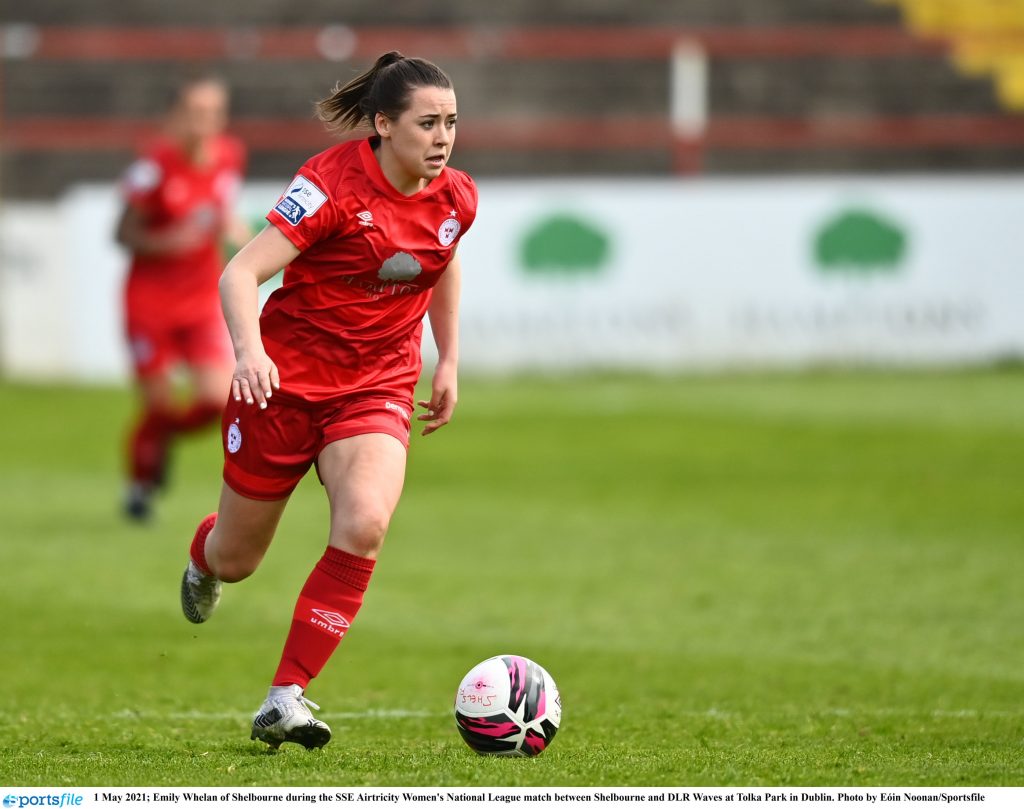 It was a much needed three points in the title race as fellow title rivals Wexford Youths Women and Peamount United also picked up wins in their respective fixtures.

Singleton remained a threat for the home-side throughout the first half, but it was Shels Abbie Larkin who scored the opening goal of the game.

Good work from Leah Doyle on the left wing gave her a chance to cross the ball into the box. The ball was put into a dangerous area and Larkin managed to get in front of her marker to put her side 1-0 up with just six minutes played.

Galway maintained their intensity despite going a goal down. Emma Starr hit a volley over the bar in the 26th minute while Abbie Callanan forced Budden into an excellent stop in the 33rd.

Shelbourne pushed on to further increase their lead but after getting into good positions in the oppositions half it was their final ball that let them down.

The remainder of the half was open with neither side able to get behind the last line of defence, but the Tribeswomen would have felt they deserved a goal in the first 45 minutes.

It would have been the opposite feeling at the start of the second half as Shelbourne should have doubled their lead. In the opening seconds of the final 45 Leah Hayes Cohen denied Larkin her second of the game with a brilliant stop.

The 16-year-old was set through on goal by Ciara Grant with her curled effort being pushed beyond the post for a corner.

Everything good for Shels kept coming through Larkin and in the 56th minute she did well to round Hayes Cohen but was unable to get her shot off after an excellent recovery from the away side’s defence.

It was now time for Galway to press the Reds as they capitalized on a loose pass with half an hour to play. Singleton who was causing issues early on was unable to score past Budden as she made a good stop once again.

Chasing an equaliser, the Tribeswomen were the first to make a change with Saoirse Healy making way for Aoibheann Costello.

Jessie Stapleton would then score an all-important second goal for Shels in the 75th minute. Stapleton found herself in space within the Galway Women’s box and it was Larkin once again at the centre of the move. Larkin set the defender through with a perfectly weighted through ball and she made no mistake in her finish as her effort hit the back of the net.

It was a must win game for Noel King’s side to keep them in the title race and this goal allowed the Drumcondra side’s nerves to settle for the remaining fifteen minutes.

More bad news struck for Galway as Nicole McNamara was seemingly forced off with a concussion in the 80th minute. Sinead Donovan would take her place on the pitch.

Mia Dodd and Taylor White were then given a couple of minutes each as Noel King brought off Doyle and Larkin in the 90th minute.