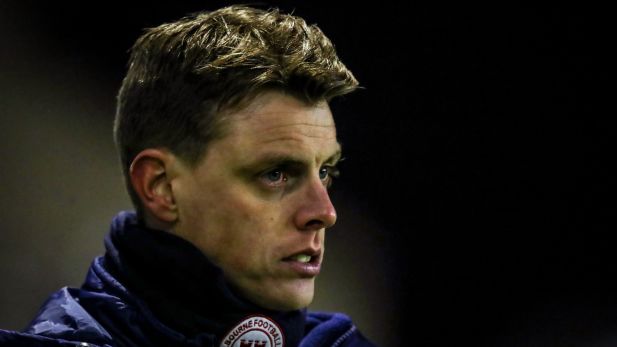 Shels Head Coach Ian Morris said he was delighted to get all three points Friday night in “a roller-coaster of a game” away to Galway United.

Shelbourne came from two goals down to score three in nine second-half minutes courtesy of goals from Ciaran Kilduff (2) and Karl Moore.

“They got two goals that if the two Galway lads tried to hit again, I don’t think they&rsquo;d go in as they did.

“We went in at half time and we&rsquo;ve always had that belief, which is something we&rsquo;ve instilled from the beginning,” Morris said.

“So we had just keep doing what we had been practicing and hopefully it will pay off and thankfully it did,” Morris told The Soccer Show podcast.

In his first game in charge Morris said the Reds were up against a “really hungry competitive Galway United side that didn’t give us an inch.”

However, he was delighted to see the fruits of a squad with “quality and the depth” which brings the side competitiveness.

“Everyone knows there is someone else there, that if you&rsquo;re not doing your job properly there&rsquo;s someone else who can come in quite easily. They have to be at it every training session and every game,” he said.

Morris also seemed comfortable with praise being heaped on the Reds before and after the league opener.

“If you&rsquo;re favorites, you&rsquo;re doing something right, we were looking for three points and we&rsquo;ve managed to do that the hard way.

“It&rsquo;s three points on the board and that&rsquo;s all that it will be down in the newspaper tomorrow as. We&rsquo;ll be looking into preparing from Saturday for the Cabinteely game next Friday. Its good for us momentum-wise but it’s a long year,” he said.