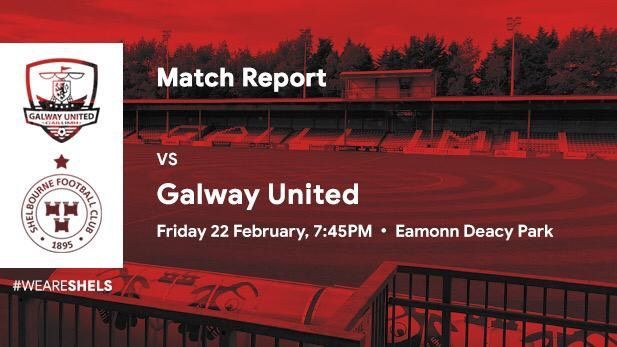 A remarkable opening night of First Division football at Eamonn Deacy Park saw Shelbourne score three goals in a nine-minute spell to come from behind and beat Galway United.

A brace from Ciaran Kilduff as well as a strike from Karl Moore were enough to outdo first-half United strikes from Vinny Faherty and Colin Kelly.

The hosts started the brightest as Kelly netted in the fourth minute with a spectacular long-range effort after a poor clearance from Dean Delany.

In the 18th minute, Faherty produced something similar – a clever lob from 30 yards – that provided breathing room.

After the restart, though, Ian Morris’ troops looked re-born. Controlling possession and creating havoc down the flanks, they took the contest to United with three goals in a nine-minute spell.

Moore assisted Kilduff in the 74th minute with a decent goal, before the winger got himself on the scoresheet when he connected with a delectable Conan Byrne cross from the right. Then, in dramatic fashion, Kilduff popped up a minute later to steal all three points.