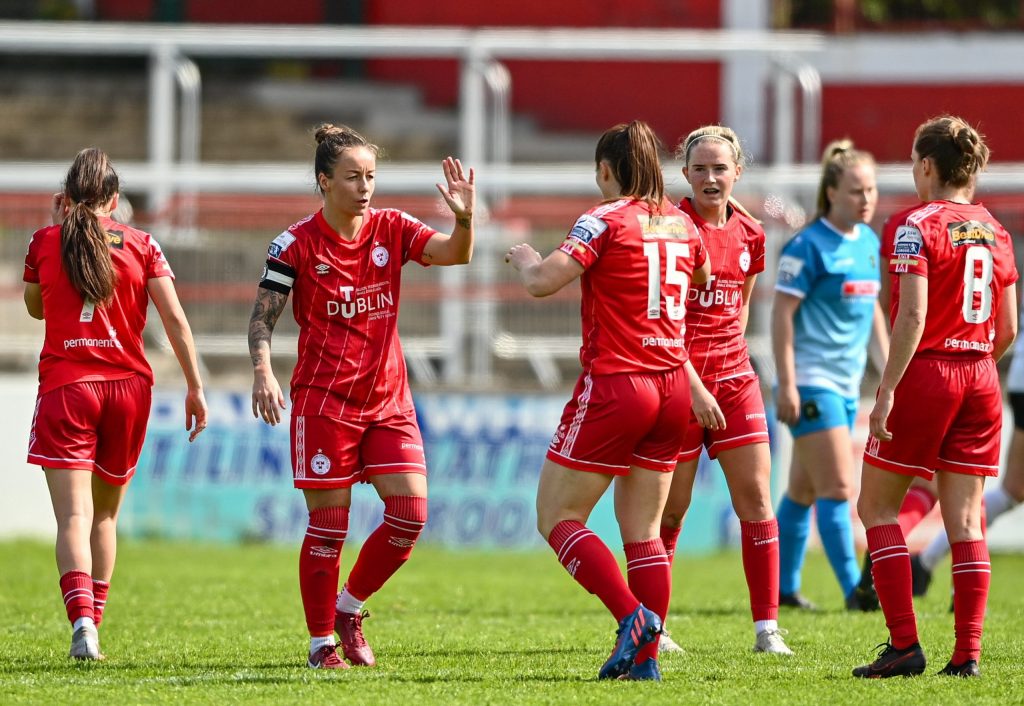 Shelbourne FC is inviting people from all across Dublin to join us this weekend at Tolka Park and show their support for women’s football.

Shelbourne FC is extending an invitation to supporters of all affiliations and none to join us at Tolka Park this Saturday, August 13th, for the WNL game with Treaty United (KO 2pm).

Shelbourne FC are reducing ticket prices for the fixture from €7 to €5 for adults, with admittance for all children under 16 completely free.

The club are also offering complimentary plus ones for every season ticket holder to attend the game with a friend.

Shelbourne FC would like to encourage underage teams from across the city to join us on what promises to be a memorable day for Irish women’s football.

The club will offer complimentary group passes for underage teams and their coaches and mentors.

We’d encourage any team interested in joining us in Tolka Park on August 13th to contact Keith McDarby to make arrangements: Keith.McDarby@shelbournefc.ie

We hope to have a big crowd at Tolka Park for what will be the final WNL game before Noel King’s side jet off for their UEFA Champions League qualification campaign.

New signing Heather O’Reilly is in line to make her second home appearance for the Reds in the game, having got her first taste of the WNL as a second half substitute in the game against Sligo Rovers, and having started the FAI Cup win over Peamount United.

Fans will have a chance to meet the players after the game, get photos and autographs and we’ll have a special limited edition poster of World Cup winner and three-time Olympic Gold Medalist, Heather O’Reilly.

We hope to see you on Saturday for what promises to be a special occasion for the club.